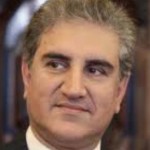 ISLAMABAD — Pakistan said Saturday it will host a conference of foreign ministers from Islamic countries later this month in a bid to avert a looming humanitarian and economic crisis in Afghanistan.

Foreign Minister Shah Mahmood Qureshi told reporters in the eastern city of Lahore that the “extraordinary session” of the 57-nation Organization of Islamic Cooperation is being arranged in Islamabad for December 19 at the request of its current chair, Saudi Arabia.

He said the United States, Russia, China, France and Britain along with the European Union, the World Bank and representatives of relevant United Nations relief agencies will also be invited.

“The objective of arranging the conference is to draw the international attention to the humanitarian crisis that is neither in the interest of Afghanistan nor the world at large, and can only be averted through collective efforts,” Qureshi said.

“We will also try to mobilize international resources because we need them to avert the crisis,” he said.

The United Nations estimates 22.8 million people, more than half of Afghanistan’s population, are experiencing high levels of acute food shortages stemming from years of war, a severe drought and high levels of poverty.

“To abandon Afghanistan at this stage would be a historic mistake,” Qureshi warned. “Instability could give way to renewed conflict, it could trigger an exodus of refugees to neighboring countries and to you [the West] as well,” he said.

The foreign minister said his government will also invite a high-level delegation from Afghanistan’s ruling Taliban to the OIC meeting and related gatherings in Islamabad.

“We want them to come and directly share the ground situation and their concerns with the participants. The international community and other countries will also be able to share their assessments with them [the Taliban]. We think it can be a helpful exercise,” Qureshi added.

The OIC-led conference will be the biggest international gathering on Afghanistan since the Taliban took over the country in mid-August on the heels of a U.S.-led foreign troop exit after 20 years.

However, the global community has not yet recognized the Taliban government because of human rights and terrorism concerns.

Washington and European countries have imposed stringent economic sanctions on the Taliban and blocked the Islamist group’s access to billions of dollars in Afghan foreign assets as well as development assistance.

The sanctions raised prospects of an economic collapse and worsened the humanitarian emergency. The lack of diplomatic recognition of the Taliban government in Kabul has undermined delivery of urgently needed humanitarian aid to Afghanistan.

« Dead or alive? On the trail of the Taliban’s supreme leader
France’s Macron Says Europeans Working To Open Diplomatic Mission In Kabul »