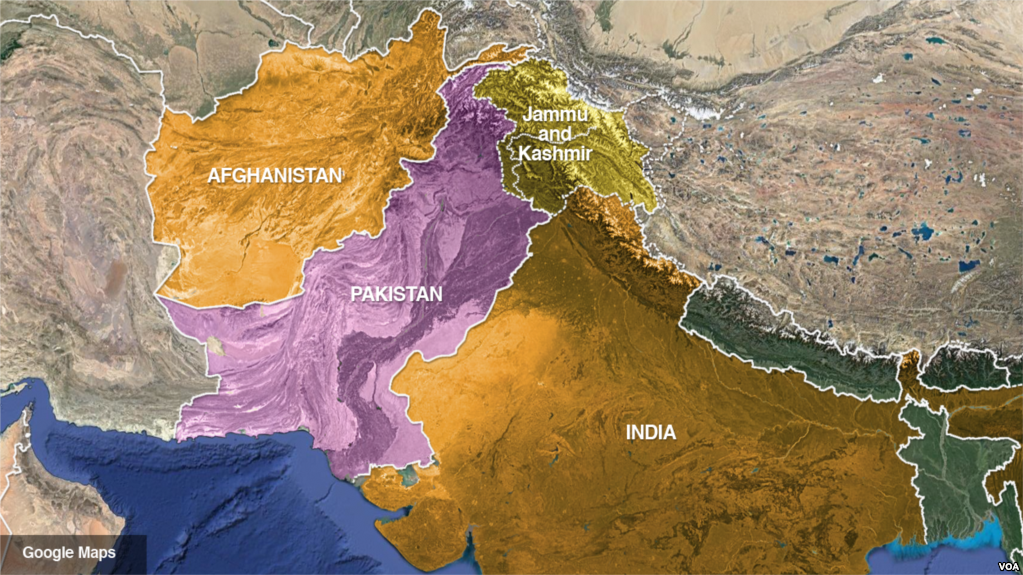 WASHINGTON — As Pakistan, Afghanistan and U.S. officials meet to discuss peace efforts, regional experts are cautioning such a plan would remain elusive until Pakistan and India agree to ease their proxy war that continues to play out in neighboring Afghanistan.

Ahead of the meeting, Alice Wells, U.S. principal deputy assistant secretary of state for South and Central Asia, was in Islamabad to discuss strained bilateral relations, as well as efforts for peace and stability in Afghanistan and the region.

Analysts, however, are skeptical whether the fresh diplomatic push by the United States will be sufficient to realign the security calculus in South Asia, given the long-standing animosity between Pakistan and India.

“There are two security dilemmas in the region and unfortunately they intersect in Afghanistan today,” Ashley Tellis, senior fellow at Carnegie Endowment for International Peace, said.

“One is the dilemma between Pakistan and Afghanistan that is independent of India. And of course there is a second security dilemma, which is between India and Pakistan and the struggle for influence outside in the broader region,” Tellis said. “And Afghanistan has become the arena where that struggle for influence is being manifested most clearly.”

Journalist and author Steve Coll, whose latest book Directorate S: The CIA and America’s Secret Wars in Afghanistan and Pakistan, offers a detailed behind-the-scene look at the protracted Afghan conflict claims. He claims there have been proxy war developments between India and Pakistan in recent years.

“Both sides are trying to use the same proxy violence strategies against one another,” Coll claimed. “It only reinforces the belief among Pakistani high command they need purchase on their border region as a kind of forward defense against what they perceive to be long-term Indian intentions.”

Coll said he believes Pakistan is willing to accept a certain amount of instability and violence in Afghanistan if they think doing so would prevent it from consolidating as India’s ally.

Hostage to a covert war

Moeed Yusuf, associate vice president of the Asia Center at the U.S. Institute of Peace in Washington, said Afghanistan has become hostage to covert war games between New Delhi and Islamabad.

Yusuf said an understanding needs to be struck between the two South Asian archrivals to roll back the proxy violence in Afghanistan to help stabilize the war-torn country.

“If they can’t agree on working together, then one country can invest in one area and the other work on another. But at least the animosity between the two should not play out in Afghanistan,” Yusuf said.

Given this strategy, experts agree the U.S. will have to isolate efforts to stabilize Afghan for a durable peace plan. They were divided, however, on Washington’s direction, given the strategy for Pakistan and Afghanistan announced by U.S. President Donald Trump last August.

“Even if recognition is there, I don’t see the appetite in Washington to do something about it,” Yusuf, of the U.S. Institute of Peace, said. “So if the United States is suffering because of this issue, then the U.S. has to take initiative to at least mediate between the two countries to the extent of Afghanistan rather than getting embroiled in bigger issues like Kashmir.”

Tellis, however, argued the opposite point of view, saying the general view in Washington’s policy circles is that the India-Pakistan issue is very difficult to solve. “It will certainly not be solved anytime soon. And therefore we cannot make Afghanistan hostage to India-Pakistan rivalry.”

This story was written by Aman Azhar.