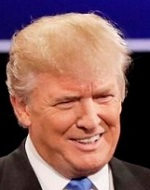 The so-called withdrawal agreement the United States struck with the Taliban will leave about as many troops in Afghanistan as the Trump administration inherited. However, for U.S. President Donald Trump the net of this equation is trivial and something he hopes American voters don’t notice. This is because the White House’s single overriding objective is – and has always been – achieving the mere perception of withdrawal for domestic public consumption.

On Monday, US envoy Zalmay Khalilzad announced that U.S. and Taliban negotiators after a ninth round of talks in Doha had reached a draft agreement that would have more than 5,000 U.S. troops leave Afghanistan within the next 135 days. In addition, the U.S. military will close five bases in Afghanistan all presumably in exchange for Taliban assurances not to play host to terrorists.

In August of 2017, the U.S. military acknowledged that there were 11,000 American troops in Afghanistan, higher than the 8,400 previously reported. Three months later, after Trump’s mini-surge, the Pentagon confirmed that number had risen to 14,000.

Trump recently told FOX news that he wanted to leave 8,600 personnel in Afghanistan which would mean extracting 5,400 troops, so Khalilzad’s number is lower than the president apparently expected.

“Note that, in addition to not saying anything about the remaining U.S. troops in Afghanistan, [Khalilzad] says nothing about withdrawing US contractors or the defense dollars supporting them,” Spinney, who was a Pentagon military analyst for more than 30 years, said.

Not to mention, in an August 29 interview with FOX News Trump basically admitted that the United States would maintain a perpetual presence in Afghanistan.

Moreover, it appears there are debates going on within the administration about secretly expanding the presence of the CIA in Afghanistan to offset the drawdown in troops, as the New York Times reported on September 2 citing unnamed officials.

Trump, ironically, is tearing a page from former President Barack Obama’s playbook in laying out a timeline and withdrawal roadmap that provides the optics of troops leaving Afghanistan. Obama, for his part, wanted to placate the liberal anti-war faction in his party while, at the same time, not looking weak on defense matters. Hence, Obama machinated the withdrawal timeline, which was detested by critics – including Trump – because it broadcasted the U.S. exit dates to the enemy.

Meanwhile, the Taliban have continued their attacks despite the announcement of the peace deal. Then again, the insurgents could argue that they struck a deal with the United States and not with Ghani’s “puppet” government.

However, the Taliban attacks make the U.S. look bad. Not to mention, the Taliban are likely to launch a massive offensive on polling stations if the Afghans hold their presidential election later this month.

During the negotiations process the United States has bolstered the legitimacy of the Taliban, undermined the Afghan government and the forthcoming presidential elections which some Afghans will risk life and limb to cast a vote in. Many thought this was all worth it assuming a peace deal was to be had. Unfortunately, only the semblance of a peace deal will be reached because that was always Trump’s endgame.

Trump’s political opponents could and should use the math against him. However, this will also depend on who wins the Democratic primary because former Vice President Joe Biden will be in a tougher position to expose the ruse considering he was part of Obama’s gambit.

Biden could lean on the fact that he opposed the surge and advocated for a smaller footprint focused on counter terror operations. However, this would force him to undermine his former boss. So, it’s a risky proposition.

Hence, it is plausible that American voters in 2020 will actually fall for the Trumpian illusion of a withdrawal. One group that will not be fooled, of course, are the people of Afghanistan. Then again, they were never part of Trump’s calculus to begin with.