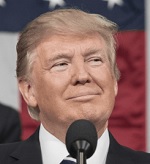 The Taliban’s public relations stunt to flatter President Donald Trump into withdrawing troops from Afghanistan is crazy enough to work in light of the commander-in-chief’s long documented history of reacting positively to anyone – including rivals – who say anything positive about him. The Taliban in their “open letter” to Trump also lay out a cost-benefit equation that will likely make the dealmaker-in-chief cringe at the prospect of sinking billions into what looks like a bad investment.

On August 15, Taliban spokesperson Zabihullah Mujahid sent to journalists an English-language version of the letter which calls on Trump as a “responsible” leader to ignore “warmongering” generals and lawmakers and pull American troops from Afghanistan.

“We have noticed that you have understood the errors of your predecessors and have resolved to thoroughly rethinking your new strategy in Afghanistan,” the letter stated.

In the letter, the Taliban, a movement ripped from the seventh century, display an advanced understanding of psychology and public relations in their bid to prey on Trump’s temperament. The Taliban also seem to have an uncanny sense for timing because they could not have dropped this bomb at a more opportune moment.

Consider that the Trump administration’s surge strategy, initially slated to be unveiled mid-July, is more than a month late. Under fire for delaying, the president has been desperately weighing radical proposals ranging from a limited troop deployment to launching a private army overseen by a viceroy.

To recoup costs, the White House has even been considering proposals to exploit Afghanistan’s mineral wealth, estimated at some $1 trillion, albeit without an iota of evidence that the venture is even remotely feasible.

Meanwhile, reports also surfaced recently claiming that Trump rejected the Pentagon surge plan, threatened to fire the top commander on the ground for “not winning”, and even suggested full-scale withdrawal to the angst of officials in both the White House and Pentagon.

The letter is also timely considering it comes as Trump supporters are calling for national security adviser Lt. General H.R. McMaster’s resignation because of leaks that have made the president look bad. The Washington Post reported that one White House aide even said that McMaster was frustrated with Trump’s short attention span when trying to brief him on the complexities involved in the Afghan conflict.

So, from afar, the Taliban see a president who is leery to commit troops and treasure while clashing with senior military leaders. They also see a man who prioritizes image above everything. The legacy the reality television star leaves behind must be superior to that of Obama’s – an understanding reflected in the Taliban’s prose.

“You must also not handover the Afghan issue to warmongering generals but must make a decision where history shall remember you as an advocate of peace,” the Taliban told Trump in the letter. “On the one hand, this strategy will truly deliver American troops from harm’s way… and on the other, it will bring to an end an inherited war by rectifying the mistakes of former American officials.”

Trump, it is also worth noting, campaigned on promises of ending long overseas commitments and eschewed “military adventurism” on a number of occasions. The Taliban seem to have followed the 2016 campaign closely and might be speculating that Trump does not want to disappoint his base. The Taliban letter will also appear convincing to the isolationist wing in Trump’s cabinet, led by chief strategist Steve Bannon, who will remind the president of these campaign promises.

In addition, the letter adeptly – and accurately – depicts the “unity” government in Kabul as a house divided, which can only insert more seeds of doubt into the mind of the New York billionaire.

Moreover, the Taliban describe Afghan government officials as lying and corrupt “stooges” who are painting “rosy pictures” of the situation on the ground – language that will strike a chord with a president who referred to his campaign rival repeatedly as “Crooked Hillary.” Hence, the Taliban obviously have a sense for the man’s style as well as his mindset.

For its part, the Afghan government, which is deathly afraid of a premature American exit, are worried because officials likely have their own insights into Trump’s psychological profile.  Khaama Press reported that Mujahid had been “critically wounded” during a national army operation in northern Faryab province after news of the open letter broke. However, Mujahid later reportedly denied the claims as “baseless propaganda.” Either way, it is evident that Kabul immediately reacted to the Taliban letter with either kinetic operations or counter-messaging, or both.

The gambit might represent the Taliban’s best chance for not only averting a re-occupation of Afghanistan but inveigling the world’s greatest superpower into a wholesale drawdown – all by playing to one man’s vanity and dangling before him the deal of the century. Or, at least the best deal the United States has seen in around 16 years.