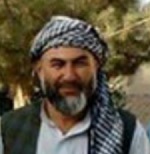 US and Afghan intelligence agencies apparently cannot stop themselves from supporting human rights-abusing strongmen like Perim Qul in their desperate effort to defeat the Taliban despite all evidence indicating the strategy has completely backfired. The insurgency cannot be defeated, however, if the Afghan government continues to alienate the population by backing predatory militias who make the Taliban look like peacekeepers.

On December 26, The Guardian’s Sune Engel Rasmussen reported that the US military and the CIA have turned a “blind eye” to the Afghan National Directorate of Security (NDS) arming strongmen and abusive militias “ostensibly” to fight the Taliban and other enemies of the state. Qul, one of the more notorious militia commanders, has received $85,000 to arm some 500 men, although his activities have gone beyond the defined scope.

“[Qul] allegedly spends part of that money on a private prison where he beats and extorts local people,” Rasmussen writes. “His men have even ambushed and killed a local politician.”

Qul, a 55-year-old war veteran, has been running Rustaq “like a fiefdom” for more than ten years, according to Rasmussen, and has opposed government attempts to assert any authority there despite the fact he allegedly coerces civilians in order to pay his fighters.

An unnamed international coalition official said the US military was “fully aware” of Qul’s activities but ignored them, “perhaps because the regular Afghan forces were stretched so thin they depended on vigilante militias.” The CIA, for its part, refused to comment on the allegations.

“They [United States] are not ignoring it out of ignorance,” the official said. “They are ignoring it with intent.”

Qul himself, however, admitted in an interview that his primary enemy was the local governing political party – not the Taliban.

International coalition spokesman Charles Cleveland claimed the United States is not “engaging” Kabul on the warlord’s destructive behavior. In fact, Cleveland said the Pentagon does not see “militia leaders like Qul undermining security.”

Jason Ditz at Anti-War.com pointed out the absurdity of US officials claiming that Afghanistan is a “sovereign nation” and can do whatever they want domestically.

“That the US is occupying Afghanistan and bankrolling the government apparently doesn’t enter into it,” Ditz said in a post on December 26.

In a colossal failure of oversight, Ditz added that the United States apparently does not care that NDS is using funds to empower bad actors who operate above the law.

“Rather, the militia leaders seem free to run roughshod over the locals in this areas, using the NDS funding to gear up and extort even more from the local population, torturing anyone that resists, and killing any political rivals that get in the way,” according to Ditz.

The revelations about Qul come just months after the US Special Inspector General for Afghanistan Reconstruction (SIGAR) issued a scathing report that decried the damage the CIA inflicted upon Afghanistan by supporting unsavory actors in pursuit of short-term military gains after 9/11.

The CIA channeled some $1 billion in money, food and ammunition to maligned actors who engaged in narco-trafficking, arms smuggling, extortion and land-grabbing “which they conducted with impunity,” to defeat the Taliban and al-Qaeda. For years, Ahmed Wali Karzai (AWK), kingpin extraordinaire who held sway in Kandahar, was on the CIA payroll.

“Despite his [AWK’s] suspected involvement in the opium trade, land grabbing, and other illicit activities, he was deemed a vital security partner,” the SIGAR report pointed out. “There was reportedly little appetite within the CIA to hold him accountable, lest doing so jeopardize this critical relationship.”

US actions during this period legitimized warlords with political and financial support at both local and national levels, empowering a new class of strongmen who held their own interests above those of the Afghan state, thereby undermining broader long-term goals.

Washington has obviously failed to learn from any of these insights. In December of 2015, The Washington Post reported that months after the Obama administration declared combat operations over in Afghanistan, the CIA continued to operate a “shadow war” by supporting an Afghan proxy called the Khost Protection Force.

“The highly secretive paramilitary unit has been implicated in civilian killings, torture, questionable detentions, arbitrary arrests and use of excessive force in controversial night raids, abuses that have mostly not been previously disclosed,” the report stated.

Hence, the United States is unlikely to lecture Afghan intelligence for using abusive militias in the name of national security, considering the CIA itself has been accused by the International Criminal Court (ICC) of torturing and mistreating detainees in Afghanistan from 2003 to 2014.

It is obvious that the short-sighted approach has not accomplished the supposed mission of defeating the insurgency or bringing peace to Afghanistan. It appears the CIA has infected NDS with the delusion that lawless proxy fighters are an evil necessity.

The reality is this entire warlord strategy has served to only prolong the war, alienate the Afghan people while undermining the legitimacy of the Afghan state. In short, it amounts to the precise recipe for how not to counter an insurgency.