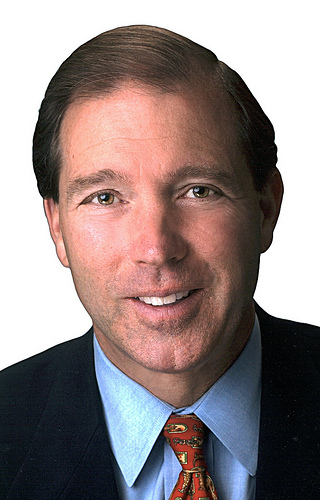 The U.S. reconstruction watchdog’s latest report assessing corruption in Afghanistan reads like something ripped from the pages of a Ludlum spy thriller, replete with malign actors, drug kingpins, predatory warlords, and crooked politicians. Archetypal CIA agents are seen running around with bags – literally bags – of cold hard cash, paying off a slew of unsavory characters to do the U.S. government’s bidding. Unfortunately, this was no work of fiction but a grim picture of reality, amounting to one of the most comprehensive and scathing indictments of America’s role in breeding and propagating the endemic corruption that continues to plague Afghanistan.

“We conclude that failure to effectively address the problem means U.S. reconstruction programs, at best, will continue to be subverted by systemic corruption and, at worst, will fail,” U.S. Special Inspector General for Afghanistan Reconstruction (SIGAR) John Sopko said in the report that was published on September 14.

In the annals of oversight audits, the SIGAR document, entitled “Corruption in Conflict: Lessons Learned From the U.S. Experience in Afghanistan,” is Pulitzer-worthy, as it lays bare the ugly and sordid historical record since the United States toppled the Taliban in 2001. It helps that SIGAR is an independent body afforded the luxury of not having to report to any government agency. Hence, it is unhindered by censorship or fears of affronting senior bureaucrats or political appointees, enabling it to be unsparing in its analysis and commentary.

“The United States contributed to the growth of corruption by injecting tens of billions of dollars into the Afghan economy, using flawed oversight and contracting practices, and partnering with malign powerbrokers,” the report boldly claimed – making one want to jump up and scream: “Alleluia!”

In fact, the report apparently became popular overnight reading in the halls of Congress, for it was quoted from by several Senators during a grilling of State Department officials in a hearing on September 15. Assistant to the USAID Administrator, Donald Sampler, however, had the audacity to object to the report’s findings.

“What I will say about this report is, I don’t find it particularly helpful to be reminded that corruption is a problem,” so goes Mr. Sampler’s logic, arguing that USAID identified corruption as an issue in 2004. Of course, Sampler failed to follow up with a reasonable explanation as to why corruption grew dramatically worse during the next ten plus years of the U.S. occupation.

More cringe-worthy was the gall – or abject stupidity – of one Senator Tom Udall from New Mexico, who dared to ask if anyone had been prosecuted for these corrupt activities – inside Afghanistan – seemingly oblivious to the fact the root cause of the problem lies in Washington.

A better question would be: Which U.S. officials have been jailed because of this malfeasance? Because if Udall had actually read the report he would have learned that it was the Central Intelligence Agency that was responsible for doling out “tens of millions of dollars” packed into “suitcases, backpacks and, on occasion, plastic shopping bags,” for bribing Afghan government officials and paying off warlords to buy short-term military gains at the expense of long-term stability.

Udall skipped over the section that clearly elucidates the “heart of the problem” – the approximately $1 billion the CIA channeled in money, food and ammunition to warlords and militias to defeat the Taliban and al-Qaeda after 9/11. In short, the United States deliberately got in bed with and empowered criminals who engaged in narco-trafficking, arms smuggling, extortion and land-grabbing “which they conducted with impunity.” The epitome of this short-sighted policy can be found in the person of Ahmed Wali Karzai (AWK), the kingpin extraordinaire who held sway in Kandahar and was on the CIA payroll.

“Despite his [AWK’s] suspected involvement in the opium trade, land grabbing, and other illicit activities, he was deemed a vital security partner,” the report pointed out. “There was reportedly little appetite within the CIA to hold him accountable, lest doing so jeopardize this critical relationship.”

The United States, the report concluded, legitimized warlords with political and financial support at both local and national levels, empowering a new class of strongmen who held their own interests above those of the Afghan state, thereby undermining broader long-term goals.

Despite all this, it is safe to say we won’t be seeing any senior U.S. officials dragged away in handcuffs anytime soon. This we won’t see in the report’s recommendations, although it is one of the more valuable “lessons learned.” And it is a lesson that, evidently, needs to be further reinforced and made clear to people who should know better, like the distinguished gentlemen from the state of New Mexico.