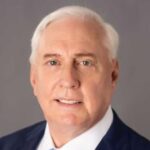 U.S. establishment politicians in both political parties, senior military leaders and the mainstream media are pulling out all the stops to ensure the United States remains on a near permanent war footing in places like Afghanistan and Syria. However, these designs took a serious blow recently when President Donald Trump replaced top Pentagon officials with many of his personal favorites. Top amongst these being a cowboy-guru former military commander by the name of Douglas Macgregor, who is pushing a peace-loving agenda that encompasses a quick exit from Afghanistan and defusing tensions with Tehran.

The retired U.S. Army colonel and military historian is a rare breed: a product of the system he now opposes.  Macgregor, who holds a doctoral degree in international relations from West Point, commanded a decisive tank battle during the first Gulf War. His book, Transformation Under Fire, is required reading in the U.S. military academy and Israel Defense Force (IDF). In other words, not the typical background for an official adamantly opposed to military escalation.

The retired colonel’s views on the employ of military power has been succinctly captured by none other than the head of a radical U.S. anti-war activist organization.

“Trump’s new senior Pentagon advisor Douglas Macgregor says re Iran (we need to see where we can cooperate), Afghanistan (we have no business being there) Iraq (we should have left, long ago), and Syria (we should get out immediately). Good advice,” Code Pink co-founder Medea Benjamin said in a tweet on November 12 shortly after the announcement of his hiring.

Macgregor’s positions assessed by Benjamin were listed by analyst Mark Perry in an article for Responsible Statecraft. Perry also noted that although many of his ideas are taboo inside the establishment and he has been “too outspoken,” many senior military officers “quietly admit that in terms of sheer intellect, no one quite matches Macgregor.”

One senior Marine Corps officer told Perry that Macgregor is the most creative mind in the U.S. military. “He’s the best thinker they have, living or dead,” the officer said as quoted by Perry.

Just days after losing his re-election battle, the president fired Defense Secretary Mark Esper via twitter amid rumors he opposed Trump’s desire to bring all U.S. troops home from Afghanistan by the end of the year. Trump installed Christopher Miller as acting defense secretary who brought on Macgregor as a special adviser as the media accused the president of staffing the Pentagon with “loyalists.”

Esper in the memo argued that conditions on the ground were not yet right, “citing ongoing violence, possible dangers to the remaining troops in the event of a rapid pullout, potential damage to alliances and apprehension about undercutting the negotiations,” between Kabul and the Taliban, the report added.

Macgregor has long warned that hawkish elements in the administration would look to derail plans to leave Afghanistan in a timely manner. In an interview with Sputnik in March, Macgregor said any postponement in the withdrawal “prolongs the hemorrhage of money into the Afghan money pit and creates the possibility that the neocons may find another way to delay our departure.”

“Trump opted to drink deeply from the poison well of American generalship – a well of uncreative minds concerned more with self-promotion than the fate of the nation, as removed from the reality on the ground in Afghanistan as is the chess player from the chessmen on his board,” Macgregor said in August of 2017.

One of the more interesting developments to watch is whether the new adviser will disrupt the dark agenda that accompanies the Afghan withdrawal and Washington’s rapprochement with the Taliban. As has been discussed here, envoy Zalmay Khalilzad and Secretary of State Mike Pompeo likely see the radical Sunni movement as a useful resource for checking Iran.

After Trump sent 1,500 troops to the Middle East to counter Iran in the spring of 2019, Macgregor accused the president of striking a devil’s bargain with establishment insiders, whom he referred to collectively as the “swamp.”

Macgregor, however, has a very small window to make a major impact given that projected President-elect Joe Biden will take over on January 20 and is certain to remove many Trump appointees.

To be sure, Biden displayed an independent streak when he served as Obama’s vice president. He opposed the Afghan surge, the arming of extremists in Syria and the decision to topple Gaddafi. Moreover, he has not opposed Trump’s plan to reduce the U.S. military footprint in Afghanistan. In fact, Biden told Stars and Stripes in September that the U.S. should keep no more than 2,000 troops on the ground.

That said, it is apparent that the current incarnation of Biden is not the Joe Biden of four year ago. His mental capabilities have diminished significantly and many Democrats concede that he will likely play the role of figurehead and delegate much of the decision-making. In short, his administration will be run by the people he surrounds himself with. And all outward appearances suggest this could mean trouble.

Most ominously, Biden is reportedly considering tapping Michele Flournoy to lead the Pentagon. As Under Secretary of Defense for Policy during the Obama administration she backed the decision to dramatically escalate U.S. involvement in Afghanistan and the Libya intervention.

If Biden were smart, he would not ditch Macgregor. In fact, not only would the former colonel make a good Pentagon chief, he would be the best Secretary of State America has seen in years given his embrace of diplomacy over military solutions. Yet Biden’s commonsensical instincts are highly unlikely to be reflected in many such decisions, which will, unfortunately, be outsourced to Obama-era retreads.