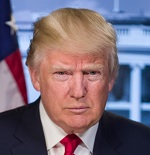 President Donald Trump wants the United States to prevail in more wars, like the good old days. This is a dangerous mindset in the face of the unwinnable conflict in Afghanistan, especially given Trump has surrounded himself with security advisors eager to boost troop levels and hawks in Congress willing to fund their designs. However, even if Washington deployed one million troops to Afghanistan for 100 years, the United States would still never “win” for reasons that have nothing to do with the size of America’s military footprint.

“We have to start winning wars again,” Trump said in a meeting at the White House on February 27.  “We’ve either got to win or don’t fight it at all.”

What makes it more concerning is that Trump has been clear that he wants to heed the counsel of his generals to a much larger extent than President Barack Obama did – you know, the man who launched the “surge” and sent tens of thousands of American troops to Afghanistan. Trump’s Defense Chief James Mattis, National Security Advisor Herbert McMaster, and top commander in Afghanistan General John Nicholson – all want more resources to increase American involvement in Afghanistan.

Khalil Nouri, President of the New World Strategies Coalition – a think tank founded by Afghan natives – told the author that the US defense establishment is still in self-deception mode while refusing to address underlying issues.

“Mattis, McMaster, [General Stanley] McChrystal, [General David] Petraeus, and now Nicholson, are all wonderful military brains but cannot accept the root cause of the problem. We’ve two main issues, one is Afghanistan’s internal problem, second is Afghanistan’s external problem. Both problems are caused by the US and US has full control to extinguish them,” Nouri said in a March 3 interview.

What is sadly ironic, however, is that all these military geniuses should know that winning the war in Afghanistan is impossible because, according to their own counterinsurgency (COIN) doctrine, a rebellion cannot be defeated if: (1) the host or client government is unpopular amongst the local populace and (2) the enemy is afforded cross-border sanctuaries in a neighboring state. Scores of military studies support this axiom, including a Rand Corporation analysis of about 70 insurgencies dating back to World War II.

With respect to the first condition, recent polling shows that more than 80 percent of Afghans are dissatisfied with the performance of their so-called unity government. The second condition obviously pertains to the Taliban’s sanctuaries in Pakistan and the absurd and sordid relationship between the Pentagon and Rawalpindi. The paradox is that whenever the United States intensifies involvement in Afghanistan, it actually needs to rely on Pakistan even more, as Indian politician Manish Tewari illustrates in The Asian Age.

“If the US would require Pakistani assistance in myriad forms in Afghanistan then it obviously cannot and will not come down heavily on the terrorist infrastructure in that country,” Tewari claimed, adding that, as a result, the “incestuous relationship with the Pakistani deep state will not only continue, but perhaps, intensify.”

And the Trump Administration is considering sending more troops to Afghanistan at a time when Taliban safe havens in Pakistan are becoming even harder to extirpate. For instance, on February 25, Voice of America reported that there was an increasing link between the Taliban and Islamic seminaries in Pakistan.

“Extremist groups who support militancy in Afghanistan and are US-designated terrorist groups run countrywide networks of madrassas, according to American intelligence reports,” the report stated. “Though banned in Pakistan, the groups operate under different names while supporting the Afghan Taliban.”

Moreover, the new president has yet to even develop a strategy let alone think about troop numbers. However, that has not stopped Nicholson from asking for a “few thousand” more troops – a paltry sum that Boston University professor Andrew Bacevich said is akin to sending a “few hundred cops” to Chicago to eliminate gang violence.

“It’s an argument that ignores root causes,” Bacevich wrote in the USA Today on February 26. “Rather than a serious policy proposal, it’s a Band-Aid.”

Christopher Kolenda, a former senior advisor to Petraeus, seconded this notion, telling the Washington Post that any type of an “open-ended commitment with no strategy poses a very high risk of very expensive failure.”

Finally, there is the question: What does victory in Afghanistan look like? Retired Air Force Lieutenant Colonel (USAF) William Astore argues in TomDispatch that, “if victory is defined as eliminating that country as a haven for Islamist terrorists while creating a representative government in Kabul,” then prospects for victory “are arguably more tenuous” than at any point since 2001.

At the end of the day Afghanistan’s fate is likely up to the whim of a single volatile personality in the White House who claims he wants to avoid wasting money on overseas commitments to rebuild America. At the same time, Trump says he wants to listen to his generals more. Considering the warmongers within his inner circle and the Washington establishment, one hopes Donald Trump does what he did on the campaign trail: Goes his own way.