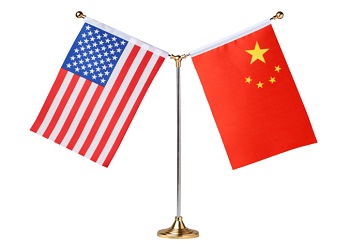 The first question to ask about recent unconfirmed allegations of China paying non-state actors to target American troops in Afghanistan is the following: If they amount to mere rumors, as U.S. officials have admitted, why are they being declassified and made public? Chinese officials have argued that the allegations were revealed in order to smear Beijing. And, thus far, this sounds like the most reasonable explanation.

The unverified intelligence, which was presented to President Donald Trump in a December 17 briefing, alleges that the incidents took place shortly after the Taliban and U.S. diplomats reached an agreement in February that would see American forces exit Afghanistan.

Chinese Foreign Ministry Spokesperson Wang Wenbin, in shooting down the accusations, pointed out that Beijing is not the one with a history of engaging in proxy fights.

“It’s nothing but fake news aimed to smear China, which only indicates how crazy some people have gone to taint China’s image and damage China-U.S. relations. China pursues an independent foreign policy of peace. We have never started a war with others, not to mention paying non-state actors to attack other countries,” Wenbin said in a press briefing on December 31. “The international community has a fair conclusion on who is flexing muscles, waging proxy wars and stirring up problems that disrupt regional peace and stability.”

China supports Afghanistan’s peace and reconciliation process, as the spokesperson noted, so from a strategic standpoint it would be a colossally stupid decision on Beijing’s part to target American forces in the wake of the withdrawal agreement with the Taliban.

Moreover, if China was going to target anyone it would be non-state actors – namely Muslim separatist groups purportedly operating in Afghanistan.

Washington, apparently, does not even think the information is credible. U.S. defense officials told Politico they would be “surprised” if the allegations are true because such a move would not be consistent with China’s mode of operandi. China is typically far more “cautious,” one former official said, and then confirmed what Beijing already believes – that the allegations could be “disinformation.”

“In my experience, the Chinese have been less willing to put U.S. service people in direct harm’s way because of its escalatory implications,” a former defense official told the Washington-based newspaper.

Analysts from two U.S. think tanks that have never been friendly to China have also cast doubts on the “intelligence.” Wilson Center Scholar Michael Kugelman, a U.S. South Asia expert, underscored the reality that China largely agrees with the American policy in Afghanistan and is unlikely to want to “rock the boat.” The scholar also observed the logistical difficulties Beijing would face in executing such a strategy.

“Also, while [China] has a large diplomatic profile in Afghanistan, it doesn’t have much of a security presence and seemingly lacks the network to collude with militants,” Wilson told VOA. “In other words, if Beijing is looking to hit out against the U.S., it’s more likely to do it elsewhere.”

German Marshall Fund senior fellow, Andrew Small, described the approach as “incongruous” and found it hard to believe China would do something so provocative at this stage of the game. He said pursuing peace in Afghanistan is one of the extremely rare areas where the U.S. and China see eye to eye.

Earlier this year, the American media obviously wanted to hurt Trump by pushing allegations of Russian bounties on American troops in Afghanistan – and the White House’s silence about the allegations. Those reports were also uncorroborated and U.S. military leaders said there was not enough proof to lend them credence.

And, now, the intelligence behind the charges against China are even “thinner” than those against Russia, one official said. Yet the media, arguably, has less motivation to promote these allegations versus those involving Moscow, which makes the situation even more baffling.

The Trump administration certainly has no love for China, but considering the president is a lame duck – even if he does not admit it publicly – the White House does not have a ton of incentive to unleash these damaging reports.

President-elect Joe Biden has been slamming China over trade issues since he started his 2020 campaign, yet it is difficult to see how putting such a conspiracy in motion would be a top priority for the incoming administration amid the transition.

That said, the rumors may be designed to get U.S.-Chinese relations off to a rocky start under the Biden administration. Although the former vice president, as mentioned, has been highly critical of Chinese trade practices, Trump’s State Department efforts to demonize China will be hard to top. Hence, one could reasonably conclude that certain elements want Biden to keep his foot on the gas pedal – and are willing to take drastic measures to make sure he does.