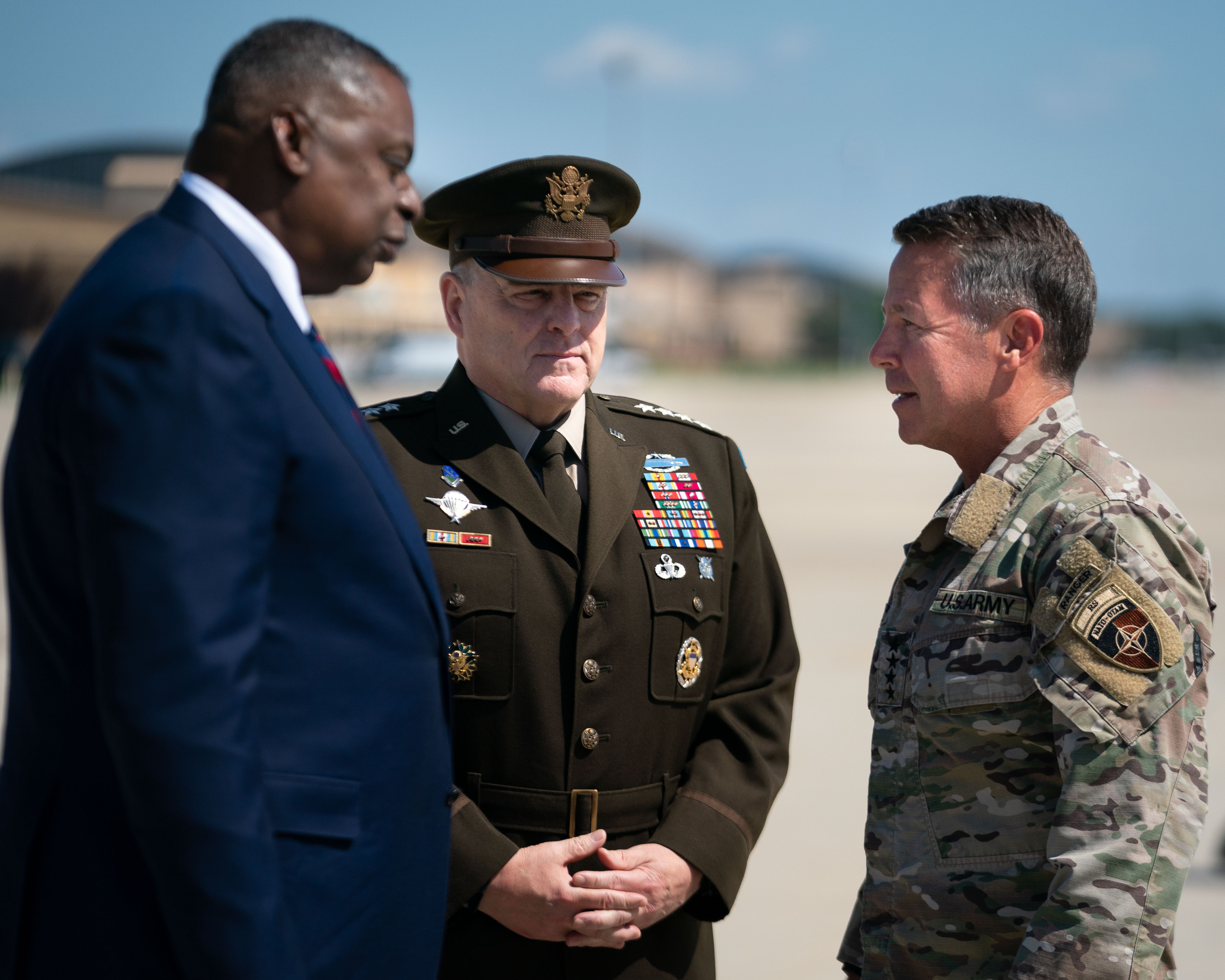 U.S. Defense Department Secretary Lloyd Austin believes the United States mission is not over in Afghanistan – a declaration that comes with nearly all American troops gone, the Taliban on a rampage, and the U.N. sounding alarms over human rights abuses.

The insurgents over the past few days, with near impunity, have been terrorizing Afghan soldiers and civilians – and well above the average everyday-type terrorizing. The Taliban were caught on video executing 22 Afghan commandos who tried to surrender and have reportedly begun instituting brutal repressive laws in conquered territories, just to name a few recent examples.

On Monday, General Scott Miller concluded his nearly 3-year tour as commander of U.S. forces in Afghanistan with the withdrawal approximately 95 percent complete. Two days later, Miller would be seen welcomed at Joint Base Andrews in the state of Maryland, right outside Washington, DC, with a big hug from his boss.

“Our mission in Afghanistan is not over,” Austin said in a statement after meeting with Miller on Wednesday, July 14. “DOD [Department of Defense] remains committed to protecting our diplomatic presence in country, continuing to provide funding to the Afghan National Defense and Security Forces and advising to Afghan security ministries, and preventing the re-emergence of violent extremist organizations.”

Austin applauded the commander for leading a complex withdrawal of millions of tons of equipment and thousands of personnel. The drawdown, he added, will be complete by the end of August.

“His [Miller’s] team did so with the understanding that speed was of the essence. Speed is safety. And it [is] largely for this reason that this truly historic feat has thus far been conducted without a single casualty,” the Pentagon chief said. “His exceptional operational acumen and strategic vision has helped ensure that America will not be threatened by terrorist networks emanating from within Afghanistan.”

Austin said the fact the U.S. has not been attacked since 9/11 and Afghan forces have the capabilities and “advantages” needed to defend their country is testament to the skill and courage of American and allied troops. He also claimed the Afghan government now has the opportunity to advance the progress it has made.

In addition, the defense secretary vowed to work closely with the State Department in relocating Afghans and their families who have served the U.S. mission. Earlier in the day, the White House said the evacuation of Afghans who supported the war effort will begin at the end of July. One of the main snags has been finishing the processing of special visas for these translators and helpers.

Just as Miller and Austin were hugging it out in Maryland, the United Nations Assistance Mission in Afghanistan (UNAMA) said it was “increasingly” concerned about reports of serious human rights abuses in communities most affected by the ongoing military offensive across the country.

“The reports of killing, ill-treatment, persecution and discrimination are widespread and disturbing, creating fear and insecurity.  Those who carry out any such acts must be held accountable,” the UNAMA said in a statement on Wednesday. “The UN reiterates that parties are obliged to respect the human rights and dignity of all Afghans, especially those of women and girls who have in the past been subjected to particularly acute forms of discrimination.”

Perspicacious AP reporter Matthew Lee would have none of it, pointing out a number of factors that cast doubt on this entire mindset.

“So I just don’t understand how you [Price] can get up here with a straight face and try and say, ‘oh, well, it’s all going to be okay because the Taliban want international legitimacy,’ when there’s no indication even within this [U.S.] government you don’t really believe that,” Lee said.

The slaughter of commandos, Indians closing posts in Kandahar, the French evacuating citizens, and the U.S. sending visa seekers to third countries, all indicate that nobody thinks the Taliban will eventually do the right thing.

That Taliban fighters are on a rampage and the U.S. is unable to do anything about it is not breaking news. It is what almost everyone has been predicting. Yet, Washington’s persistence in trying to paint rosy futures in the face of disasters – most of their own making – continues to impress. But, to paraphrase the immortal words of U.S. Senator Bernie Sanders – enough is enough.

At the end of the day, regardless what the Pentagon chief thinks – or wants us to think – the U.S. mission in Afghanistan is over. Not only is it over, but the Talibs are well into their celebration dance.