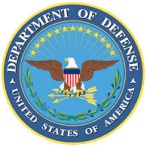 Revelations that the U.S. Defense Department wasted more than $457 million on a failed intelligence program in Afghanistan surfaced at the wrong time for war hawks that want to boost troop levels by another 4,000, especially considering the sitting U.S. president promised voters that he would reduce the costs of overseas commitments in order to do more state-building at home.

On July 31, the Special Inspector General for Afghanistan (SIGAR) in a press release said that a DOD program that cost taxpayers almost half a billion dollars failed to achieve its stated objectives. The DOD-funded Legacy Afghanistan R&D program and the Afghanistan Source Operations Management (ASOM) training and mentoring program, the release added, were designed to develop the “intelligence capacity” of the Afghanistan National Defense and Security Forces (ANDSF).

“Because of a lack of performance metrics for the Legacy R&D program and a reliance on contractor-provided data for the ASOM program, it is almost impossible to gauge the government’s return on investment for the $457.7 million spent,” the release, issued by SIGAR spokesperson Jennifer George-Nichol, noted. “[SIGAR] determined that the programs did not fully achieve their stated objectives. There was no indication of improvement in overall intelligence operations.”

Now, with this in mind, consider the costs of sending 4,000 additional troops to Afghanistan, the figure that is reportedly included in Defense chief Jim Mattis’s “surge” proposal. The Center for Strategic and Budgetary Assessments in a 2014 report estimated that cost per troop deployed to Afghanistan was over $2.1 million annually, hence 4,000 troops would cost more than $8 billion. However, the current monthly spend for 8,400 troops is now around $3.1 billion – a ratio that would push our mini-surge price tag to north of $17 billion per year.

So the Pentagon and many hawkish lawmakers want U.S. taxpayers to fund a surge that will cost anywhere from $8 to $17.7 billion per year after an audit of an intelligence training program revealed that zero was achieved in the way of improvements.

Meanwhile, the White House appears to be having sticker shock, which is why the timing of this SIGAR report is either devastating or fortuitous, depending on what side of the troop surge one sits on. On July 31, The Military Times reported, citing a defense official, that the Pentagon is finding it much harder than expected to sell the surge strategy to Trump to the consternation of many.

“The few policy officials with actual experience in Afghanistan are getting increasingly frustrated at the White House,” a defense official told the Military Times. “The notion that the president gave Secretary Mattis carte blanche on policy and troop levels in the region is being completely undermined by White House staff that have no relevant, recent experience on the ground or even in the region.”

In addition, The Wall Street Journal reported over the weekend, citing current and former Trump administration officials, that the White House was considering the option of actually withdrawing U.S. forces completely in favor of using private mercenaries.

But the strategy of supplanting government forces with contractors is a fantasy because, ironically, part of the problem with the failed Afghan intelligence program was related to precisely that. According to SIGAR, the contractor and subcontractor “failed to monitor and evaluate its subcontractor costs and, therefore, misrepresented some costs as allowable and allocable when it submitted invoices.”

As a result, DOD paid for costs that the U.S. government “was not legally responsible to pay, thereby increasing those contracts’ costs.” For example, one of the contractors on average billed more than $1.8 million per month from March to December 2011 despite the fact training courses were canceled in February. And Trump thinks private contractors are the answer?

The war hawks will not be defeated easily, however, with the likes of Senator John McCain fighting the good fight. The Chairman of the Senate Armed Services Committee is also frustrated with Trump’s dithering on Afghan strategy.

“More than six months after President Trump’s inauguration, there still is no strategy for success in Afghanistan. Eight years of a ‘don’t lose’ strategy has cost us lives and treasure in Afghanistan,” McCain said in a statement on July 31. “When the Senate takes up the National Defense Authorization Act in September, I will offer an amendment based on the advice of some our best military leaders that will provide a strategy for success in achieving America’s national interests in Afghanistan.”

So McCain is willing to sacrifice more lives and treasure on advice from “our best military leaders,” which means a bunch of warmongers willing to back the senator’s unflinching urge for boosting defense spending at every opportunity.

Trump the deal-maker will likely look for the best bottom line value. Of course, there are reports that he is considering exploiting Afghan mineral resources as a way to pay for the war. However, considering some experts say the extraction costs may outweigh the value of the actual minerals, it sounds like to justify a military buildup the White House is willing to use a false pretext – something the American people are quite used to.