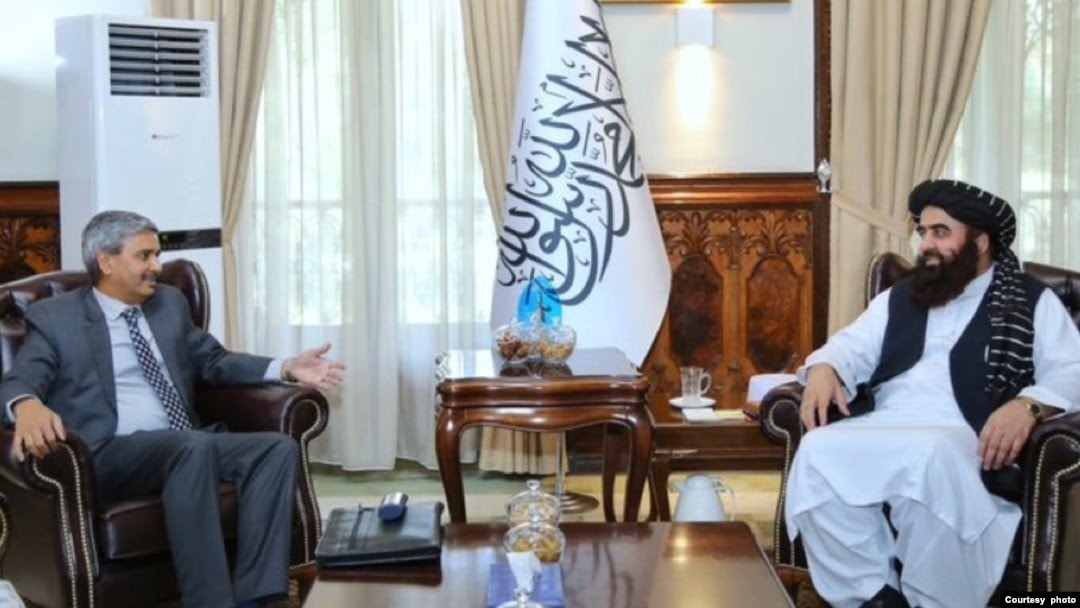 Islamabad had waited patiently for more than two decades for the Taliban to recapture Kabul and ensure Afghanistan would serve as “strategic depth” if Pakistan needed territory and resources in a war against India. The Pakistanis assumed the Taliban regime would take a hostile posture toward New Delhi, especially given India’s past support for the Northern Alliance. Hence, one could imagine the shock registered in Islamabad this week upon learning that Afghanistan’s foreign ministry hosted a diplomatic delegation from India.

In addition to future deployment, some elements within the Taliban, a movement entirely conceived in the collective mind of Pakistan’s intelligentsia and brought to life by its security establishment, were also meant to assist in the ongoing struggle over Kashmir, including in helping train members of other extremist groups.

In short, New Delhi has shrewdly engaged diplomatically with the very assets Pakistan had for years groomed as anti-Indian weapons.

To be sure, it was quite a sight to behold: Afghan Foreign Minister Amir Khan Muttaqi sitting across from Indian Ministry of External Affairs (MEA) Joint Secretary, J.P. Singh, discussing a range of issues including diplomatic ties, humanitarian aid, and bilateral trade.

“Minister Muttaqi welcomed the first Indian delegation to Kabul on behalf of the Indian government & MEA, calling it a good beginning in ties between the two countries,” the Afghan foreign ministry said in a readout on June 3. “He also expressed gratitude for the recent Indian humanitarian & medical assistance to AFG, stressing the resumption of projects by India, their diplomatic presence in Afghanistan & the provision of consular services to Afghans, particularly to Afghan students & patients.”

While other countries were trying to isolate the Taliban government after the fall of Kabul – despite the country suffering through an acute humanitarian crisis – India sent 20,000 tons of wheat to Afghanistan in addition to medicine and covid vaccine doses.

Since 2001, India has invested around $3 billion on infrastructure projects inside Afghanistan while serving as the region’s largest provider of development aid. India’s external affairs ministry said the assistance has been met with appreciation from across “the entire spectrum of Afghan society.”

India, however, does not seem willing to go too far yet, as evidenced by a foreign ministry spokesperson suggesting that New Delhi was not ready to re-open its embassy in Kabul.

Meanwhile, Pakistan’s government has been showing subtle signs of disconcertment over the political rapprochement between arch-rival India and the Taliban regime.

“We want our neighboring country to be peaceful and free from [a] negative role and we do not want to see the role of any spoiler here,” Pakistan Foreign Office (FO) spokesperson Asim Iftikhar Ahmed said at a weekly media briefing on June 4 when asked about India’s role in Afghanistan.

The statement is ironic considering detractors used the term “spoiler” to describe Pakistan’s role in undermining Afghan reconciliation efforts for years. Of course, Pakistan shifted policy and helped facilitate the talks in Doha when it was easy to foresee the Taliban reigning supreme once the U.S.-led coalition exited and left behind a ripe-for-collapse puppet government.

“New thinking to optimally secure interests in clean break with past. This puts India in unique position, given vast reservoir of goodwill among Afghan people,” Bhadrakumar said in a tweet on June 2.

India’s impressive embrace of political realism does come with risks, for the Taliban are a house divided. The Taliban’s violent extremist wing, led by the Haqqanis, will certainly not be delighted with any steps to bury the hatchet with New Delhi. The Haqqani Network, it is worth mentioning, was behind major suicide bombings against the Indian Embassy in Kabul in 2008 and 2009.

The Haqqani wing also continues to have close ties with al-Qaeda and other extremist groups who continue to wage war in Kashmir, including Lashkar-e-Tayyiba (LeT) and Jaish-e-Mohammad (JeM), both sponsored by Pakistan’s Inter-Services Intelligence (ISI). According to a new UN report released earlier this week, the Taliban are currently providing haven to both LeT and JeM, among other foreign terrorist organizations.

One key takeaway from this is how the Taliban movement, by the day, is gaining more leverage in its dealings with Islamabad. On the one hand, the Taliban are helping Pakistan in curtailing immediate lesser threats, while at the same time forging ties with, in Islamabad’s eyes, the most existential threat of all.

It would serve both Pakistan and India well to improve their own relations, which would establish three-way realpolitik, ideally of the bloodless type. And however cynical the resulting “love triangle” of sorts might be, it could just help lead to regional stability.