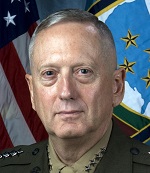 The Taliban recently rolled out their own targeted assassination program with a rocket attack designed to take out “high value” coalition leaders likely in response to President Donald Trump’s new Afghan strategy. Questions do remain, however, as to the Taliban’s larger motives and if there are more sinister forces at play.

On Wednesday, September 27, as many as 40 rounds of munitions, including rocket-propelled grenades, pummeled Kabul’s Hamid Karzai International Airport in a failed attack aimed at taking out U.S. Defense Secretary James Mattis. A U.S. military official said the munitions were fired toward a guard tower and hit the south side of the airport.

Taliban spokesperson Zabiullah Mujahid made it clear in a tweet that the target of the attack was Mattis, who had just left the airport accompanied by NATO chief Jens Stoltenberg.

The Taliban assassination plot was not very smooth, considering the targets were already gone when the attack was actually launched. The Taliban obviously did not have the best intelligence, yet, some form of intelligence they had.

Amid the rise in “insider” attacks that have killed U.S. military trainers, it might be fair to wonder if elements of the Taliban – or sympathizers thereof – have penetrated senior levels of government or certain ministries.

The Taliban may be disappointed The Donald ignored their eloquent ego-stroking letter, sent shortly before the U.S. Afghan strategy was rolled out in mid-August, calling on the irascible tycoon to employ his better judgement and refrain from deepening the quagmire.

Despite how much Trump loves praise, the Taliban’s tactic evidently did not work, considering the president went ahead and announced a strategy that called for deploying an additional 3,000 U.S. troops and loosening rules of engagement on airstrikes against insurgents.

The objective of the airport attack certainly must have been more than the Taliban simply trying to send a message that the Yankees must home. Most assuredly, the Taliban knew an attack like this was not going to intimidate someone like “Mad Dog” Mattis.

Moreover, if the attack were successful, did the Taliban really think that would force the U.S. to order a hasty retreat? Especially in light of the fact that the person currently occupying the Oval Office has seriously given thought to launching a full-scale military assault against North Korea, which would surely ignite a direct confrontation between the United States and China.

Thus, it is highly probably that a successful assassination of Mattis would have led to an escalation of U.S. involvement in Afghanistan.

A more likely scenario has more to do with the message being sent to the local populace and even Afghan security forces. The attack, perhaps, was not really meant to signal anything to the Pentagon or the coalition per se. The war in Afghanistan, we must remember, like any other insurgency, is also a war of propaganda. Not unlike high-profile terror strikes in Kabul, this attack illustrates how vulnerable the coalition and its leaders are – even in places where they should be safe.

However, the more conspiratorial among us cannot help but ponder whether or not some rogue elements among Pakistan’s spy agency, for example, had a hand in these affairs in retaliation to Trump’s Afghan strategy, especially the provocative rhetoric he employed during the announcement.

Let us not forget that during a nationally-televised address on August 22, Mr. Trump did more than insinuate that Pakistan’s harboring of terror groups could ignite a nuclear war with neighboring India. Trump, remember, blasted Pakistan for giving safe haven to “agents of chaos, violence, and terror,” which, predictably, was not received well in Islamabad or Rawalpindi.

So far, however, Kabul has not hinted that Pakistan might be involved with the attack targeting Mattis. In fact, on Sunday, October 1, Pakistan’s Chief of Army Staff General Qamar Javed Bajwa reportedly held “constructive” talks with Afghan President Ashraf Ghani at the Presidential Palace in Kabul.

If there were concerns, that was a perfect setting for Ghani to raise them. Yet, Tolo News, citing a statement from Ghani’s office, reported that the Afghan president marked the meeting as a “new season” in Afghan-Pakistani relations that could provide opportunities for cooperation.

But the former head of Afghan intelligence, Rahmatullah Nabil, was not buying that there has been any change in season. In a statement on Twitter, Nabil characterized the meeting as a “tactical move” on Islamabad’s part to weaken U.S. strategy as Pakistan’s spy agency continues to prepare the Taliban for further bloodshed in Afghanistan. Who knows, perhaps more intelligence may be forthcoming that confirms Nabil’s suspicions.

Just hours after the Taliban’s attempt on his life, Mattis said Washington will “watch” the choices Pakistan makes with respect to Trump’s new Afghan strategy. Ironically, the Pentagon chief may have already gotten a taste of what Islamabad has in mind.