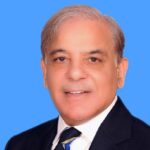 Pakistani Prime Minister Shehbaz Sharif’s government is likely to push Islamabad toward a more Western-friendly posture, including alignment with U.S. counter-terrorism efforts in the region and within Afghanistan. In addition, Pakistan’s new regime, with Washington’s help, hopes to improve Islamabad’s ties with New Delhi.

However, it is impossible to predict if and to what extent Imran Khan could haunt and undermine Sharif’s designs given his influence among large swathes of the Pakistani populace. Even if he does not rise again to become prime minister, Khan’s voice will remain loud as the people’s defender against Western imperialism. He has also proven adept at fueling significant anti-government unrest.

TOWARD THE U.S. ORBIT

Top U.S. generals, after the withdrawal of Western forces from Afghanistan in August, seemed quite doubtful that the Taliban could be a productive partner in the fight against al-Qaeda and ISIS, despite commitments laid out in the Doha pact.

However, Khan, who was voted out of office on April 10 after leading the country as prime minister since August of 2018, had rejected U.S. pressure to establish bases in Pakistan to conduct over-the-horizon counter-terror operations. Hence, although the U.S. had seen Khan as a valuable ally in negotiating a peace deal with the Taliban, Washington is surely relieved Sharif has replaced him.

Meanwhile, the new rulers in Kabul have claimed the change in government next door will have zero impact on Afghanistan. However, it is hard to believe the loss of “Taliban Khan” in Islamabad does not make the radical movement – on both sides of the border – a bit leery.

As the AP’s Kathy Gannon remarked in a piece on April 11, Washington is likely to find “more willing and like-minded partners” among the Sharif government in dealing with the radical leaders.

And, believe it or not, the Pakistani military establishment was also relieved, because Khan had become a hindrance to Rawalpindi’s realpolitik agenda. The establishment realizes cooperation with the West is essential to bail-out the Pakistan economy, especially vis-a-vis IMF loans. Khan’s anti-Western fervor went a bit too far for them. In fact, many believe Pakistan’s army leaders played a key role in arranging his exit.

It is also worth pointing out the extent to which the U.S. and Pakistani armed forces are on the same page on a number of issues, which the Pentagon underscored earlier this week.

“We do have a healthy military-to-military relationship with Pakistani armed forces,” Pentagon spokesperson John Kirby told reporters on April 12, when asked about the change in government in Islamabad. “We recognize that we have shared interests with Pakistan with respect to security and stability in that part of the world.”

So, just because Khan’s Trump-like rants about his demise sound outrageously conspiratorial, does not mean they lack kernels of truth. Because it now appears the U.S. and Pakistani deep states do have “shared interests,” top among them being sidelining Khan.

“Regime change pulls Pakistan back into U.S. orbit,” Bhadrakumar said in a tweet after the 174-0 vote in parliament that dethroned Khan. “Big question: Timing of IK’s removal & conflagration in Gulf linked to broader US strategy to seize control of oil fields that would give Biden leverage in world oil market to smash OPEC+ and hit at Russia… same old Reagan strategy to bankrupt Soviet economy.”

Both the United States and Rawalpindi also saw Khan as an impediment to fostering better relations with New Delhi, according to experts at the European Foundation for South Asian Studies (EFSAS), an Amesterdam-based think tank.

“In addition to the disillusionment with Imran Khan, the military establishment’s publicly articulated inclination towards better relations with its neighbors, especially with India, could also have played a role in its siding with an accommodative Sharif as against a perpetually confrontational Khan,” the EFSAS said in a commentary posted on April 15.

It does on the surface seem quite puzzling as to why the top elements within Pakistan’s deep state would suddenly want to boost relations with their sworn enemy. But the reason can be summed up in an American Clinton-era political adage: “It’s the economy, stupid.”

“After all, improving ties with India will help Pakistan’s development agenda and provide a much-needed boost to the country’s flailing economy,” the EFSAS said in their analysis.

An improvement in relations between Islamabad and New Delhi could be good news for Afghanistan – and the region – assuming it convinces Pakistan to see less of a need to groom terrorists.

However, it is also important to note that the wrath of Khan still looms. Moreover, his anti-American zeal and hardline stance on Kashmir were and continue to be very popular among the Pakistani population.

So Sharif will have to pull off quite the balancing act. He will somehow have to effectively work with the U.S. and India while preventing mass unrest – not to mention, political suicide.