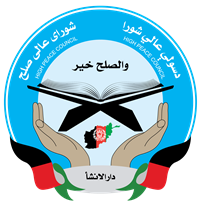 Afghanistan’s High Peace Council (HPC) is tasked with trying to budge the country towards some kind of peace process with a headless Taliban movement while the body faces an existential struggle against Afghan lawmakers. Moreover, President Ashraf Ghani believes negotiations must start not with the Taliban but with the group’s benefactors, although that is easier said than done especially as Pakistan’s president fights for his political life.

In a meeting with German officials on July 13, Ghani said that the Afghan government’s priority is to make peace with Pakistan and then with the Taliban since the movement lacks a single leadership team, according to a statement released by the Office of the President.

Ghani’s line of thinking is certainly appropriate in terms of the ultimate dealmakers, because only Pakistan can remove its extended expeditionary force – otherwise known as the Taliban – from Afghan territory. However, the question as to whether the key decision-makers reside in Islamabad or Rawalpindi has become even more difficult with Pakistan’s Supreme Court set to hear a corruption case that could spell the end for Prime Minister Nawaz Sharif.

Ghani’s statement, however, seems to contradict the HPC’s recent announcement that it was developing a new roadmap aimed at bringing the Taliban to the negotiating table, which the peace council’s chairman Mohammad Karim Khalili said was needed to break the stalemate.

Meanwhile, some lawmakers are calling for the dissolution of the HPC claiming funding would be better spent on security, as if the key to peace is defeating the Taliban militarily.

“My advice to donors is the money allocated for peace is being embezzled; they have made no gains; because we know that the scale of corruption in the High Peace Council is much higher than in a government institution; it should be dissolved as it has made no achievements so far,” Afghan Senate Deputy Chairman Asif Sediqi said as quoted by Tolo News on July 11.

Sediqi, however, put forth no evidence to support his corruption allegations, although Senator Sher Mohammad Akhundzada raised a very valid point about the real problems holding back the HPC.

“Government has appointed the head of the High Peace Council, but with whom should we make peace? Peace should first be made inside the government,” Akhundzada said. “Where is the president’s deputy, where is the CEO’s deputy and where is the acting foreign minister?”

It does not make sense for the HPC to be stuck in a holding pattern because parallel efforts should be made to end the conflict even amid political chaos. The civil war will never end without talking to the other party to the conflict. However, without anyone to negotiate with and without a clear mandate from a divided government, the HPC is hard-pressed to even formulate concrete next steps.

To the HPC’s credit, they have outlined some potential steps forward, however, including launching an intensive consultation campaign with political parties, tribal leaders, and civil society representatives “to reach an ultimate consensus to end the conflict in Afghanistan.”

So the HPC’s first mission is an inside job so to speak: Fix the political divisions within the Afghan government and Afghan society – “make peace” internally before making peace with outside parties. As former U.S. official Alex Thier and the U.S. Institute of Peace’s Scott Worden argued in a recent op-ed piece for The Hill, the problem and answer lie within the Afghan political cauldron.

“The signal failing in Afghanistan since 2001 has been the lack of a political solution to the factional conflicts that have divided Afghanistan for the last forty years,” Thier and Worden claimed. “A lasting, inclusive and legitimate political settlement remains elusive because longstanding grievances about the distribution of political power within Afghanistan have combined with foreign machinations to create a toxic brew of insurgency, extremism and ethnic opportunism.”

The creation of a National Unity Government in 2014, they suggested, has “failed to resolve competition for power among major factions and has clouded the legitimacy and effectiveness of the current government.” Reforms are needed, they stressed, including devolution of power affording more local government autonomy and accountability and more mechanisms to check the over-consolidation of power at the executive level.

Of course, the HPC was not designed to solve Afghanistan’s internal political problems. And, even after reforms are implemented, there is still no Taliban representatives to reach out to at this point to even strike a temporary ceasefire with – let alone a lasting political solution.

Hence, the road to peace in Afghanistan may, unfortunately, still ultimately run through Pakistan while the HPC will likely be forced to, for the most part, stay in neutral until political crises at home and next door shake out. Which means the HPC’s roadmap to stability will have to remain shelved for an indefinite period of time, ranging from months to years to, quite possibly, generations.