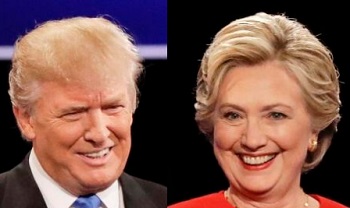 The already-forgotten war in Afghanistan – the one the United States started – has been relegated to background noise in a presidential contest rife with scandal and low on serious policy debate. The mainstream media has nearly guaranteed that most voters will have Hillary Clinton’s emails or Donald Trump’s alleged gropes on their minds on election day rather than Afghanistan or any other critical foreign policy issue. So, with the election just weeks away, the world has little clue how the next White House resident will handle the situation in Afghanistan, where violence is escalating, the Taliban is resurgent and ISIS vows to expand its footprint.

On October 14, U.S. Brigadier General Charles Cleveland told Voice of America that the United States was concerned about the number of casualties being inflicted on Afghan forces, just a day after Afghan military officials disclosed that they were losing up to 5,000 people per month, through deaths, injuries and desertion.

The Taliban, moreover, are stronger than they ever were since 2001 – according to the U.S. government’s own inspector general – while Kabul suffers political gridlock and continues to be plagued by corruption.

Afghanistan represents America’s longest running war where, yes, American troops continue to put their lives at risk. In short, one would think the situation in Afghanistan would be a pivotal issue on the campaign trail and, at least, worthy of mention in a presidential debate. Apparently, not.

“The #debate featured not a single word-no, not one word-about #Afghanistan, where U.S. troops continue to die. It is truly the forgotten war,” Wilson Center scholar Michael Kugelmen tweeted on October 9 after Trump and Clinton threw insults at each other just like they did in their first encounter. The debates certainly made for entertaining television, even among viewers like the Taliban who reportedly watched and kept score.

One can only conjecture what is in Trump’s mind, but it seems he believes Washington should focus more resources on cutting down inner-city violence stateside rather than overseas in light of the billionaire’s assessment that Chicago is more dangerous than Afghanistan. Of course, Trump also failed to win hearts and minds in Afghanistan when he said the U.S. should ban all Muslims.

Trump shares the same problem that any candidate without experience faces, namely the lack of a track record to analyze. Based on his general foreign policy statements, he opposes intervention and military adventurism, hence there is a shot he might actually be a safer choice than his rival for the world writ large. Yet, for Afghanistan, it remains hard to decipher.

Clinton, for her part, certainly has a track record with Afghanistan but it has gone thoroughly unexamined. The former secretary of state is, overall, highly likely to be more hawkish than Obama. For example, she is probably going to increase arms shipments to al-Qaeda-linked opposition fighters in Syria to effect regime change in Damascus. Clinton advocated for this policy when she was at Foggy Bottom. Not to mention, let us not forget she voted for the Iraq war and helped persuade Obama to topple Gadhafi. With that being said, what does that mean for Afghanistan?

Clinton’s performance as secretary of state vis-à-vis Afghanistan was not a shining one. She marched in lock-step with Obama on numerous miscalculations, including the surge and the escalation of drone strikes in Afghanistan and Pakistan. In fact, Clinton showed a propensity to side with military leaders over her civilian cohorts, including in backing the brass’s recommendation on how many troops should be included in the surge. Clinton supported the generals who wanted 40,000 while Obama wanted and eventually sent 33,000.

Other critics have said Clinton was out of touch with reality on the ground in Afghanistan outside of women’s rights and turned a blind eye to corruption within the Karzai administration, even ignoring potential solutions.

“A comprehensive anticorruption strategy drawn up by the embassy in Kabul and sent to Washington in 2010 never won Secretary Clinton’s… endorsement,” Jim Newell reports in Slate.com.

Others are drawing some radical implications to contrast Trump and Clinton’s likely foreign policies. Some argue that Trump intensifying restrictions on Muslims entering the United States is not worse than how Clinton has or might treat them. Which is worse: banning Muslims or bombing them?

Well known peace activist Cindy Sheehan raised this very same issue earlier this year. Sheehan said she deplored Trump’s rhetoric but argued that Clinton will be more harmful to Muslims because of her hawkish policies.

“Which is worse, background checks or mass murder?” Sheehan posited rhetorically to Sputnik.

In any case, the future is uncertain at best for Afghanistan’s prospects in the post-Obama era. It is still a mystery as to which candidate would be better for Afghanistan, and will remain a mystery if no one raises it before November 8.