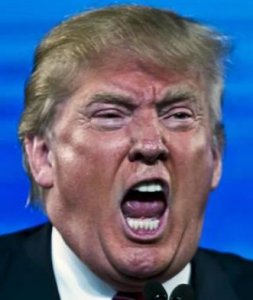 The administration of US President Donald Trump has defined new criteria for visa applicants from several Muslim countries and is set to implement them on Thursday, according to a US State Department memo.

Under the department’s new set of rules, citizens of Iran, Syria, Sudan, Somalia, Libya and Yemen would be given a US visa only if they have a “close” family or business tie there.

The visa applicants, along with refugees from all countries awaiting admission to the US, should prove that they have at least one US-based parent, spouse, child, adult son or daughter, son-in-law, daughter-in-law or sibling in order to be allowed in.

Business ties were required to be “formal, documented and formed in the ordinary course rather than for the purpose of evading” the travel ban, the memo noted.

The new instructions, introduced on Wednesday, were put together by senior officials from the departments of state, justice and homeland security departments.

Hotel reservations and even pre-paid car rental contracts were excluded.

The instructions also covered the 50,000 green cards that are handed out to people from countries with low rates of immigration to the US under the government’s lottery program.

The lottery winners from the six banned countries will be required to prove they have a “bona fide relationship” within the US or are eligible for another waiver. Otherwise they will be banned for at least 90 days.

This while lottery winners from other countries only need to prove they were born in an eligible county and have completed high school. They can also enter the US by proving they have at least two years of work experience in an occupation that requires at least two more years of training.

The travel ban was partially lifted by the US Supreme Court on Monday, after months of legal battle between the government and some states in federal courts.

With the appointment of Neil Gorsuch in April, Trump has restored a 5-4 conservative majority at the Supreme Court.

Trump issued the revised travel ban on March 6 after his initial directive signed in January was blocked by a federal judge in Washington and upheld by the US Court of Appeals for the 9th Circuit in San Francisco, California.

The revised order was also blocked by federal judges in the states of Hawaii and Maryland and upheld by the 4th US Circuit Court of Appeals in Richmond, Virginia.