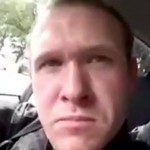 The deadly shooting at two mosques in New Zealand on Friday is the result of spreading “hatred” towards immigrants and Muslims in the West, says a commentator.

At least one gunman killed 49 people and wounded more than 20 during Friday prayers in New Zealand’s worst ever mass shooting, which Prime Minister Jacinda Ardern condemned as terrorism.

The Australian gunman, identified as Brenton Tarrant, broadcast live footage on Facebook of the attack on one mosque in the city of Christchurch, mirroring the carnage played out in video games, after publishing a “manifesto” in which he denounced immigrants, calling them “invaders”.

“Of course this is not a surprise for those of us in the business of analyzing counter-terrorism, prevent, and general Muslim hate, racism, immigration. You see all of these factors have played into this incident already from the Twitter account and the various accounts that have been given of this individual who has actually committed this heinous act of terrorism indicate that he is locked in fully to all the tropes that are out there in terms of Western, European, right-wing, white supremacist hate narratives,” Seyed Mohsin Abbas told Press TV in an interview on Friday.

“And ultimately underneath all this it is not just the issue of right-wing extremism. It is actually the normalization of race hate, immigration hate and Muslim hate by mainstream Western establishment, institutions, the media, the politicians themselves. I believe that they have all blood on their hands. When incidents like this happen it is so easy to focus on the symptoms and look at this individual and how bad and horrible and nasty he is but the reality is that actually he is a product of the society which exists here and now in the world we are living and we have shifted very rapidly since 9/11 towards a world where there is hatred for immigrants and Muslims certainly in the West,” he added.

Violent crime is rare in New Zealand and police do not usually carry guns.

Before Friday, New Zealand’s worst mass shooting was in 1990 when a gun-mad loner killed 13 men, women and children in a 24-hour rampage in the tiny seaside village of Aramoana. He was killed by police.