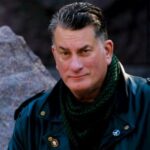 James Gordon Meek, an ABC reporter and Emmy-winning producer, has not been heard from since the FBI raided his home on April 27, according to The Rolling Stone, and his disappearance might be related to potentially explosive information he possessed on the Biden administration’s botched withdrawal from Afghanistan.

The 52-year-old journalist was a combat embed with U.S. and Afghan Special Forces, a former counterterrorism adviser, and ex-investigator for the U.S. House Homeland Security Committee. He broke several stories over the course of a decade that often undermined the Pentagon narratives about the situation in Afghanistan and military operations in other countries.

The FBI during the raid, witnessed by neighbors, allegedly found classified information on his computer, the report said, although his lawyer denied the accusations and Meek has yet to be charged with any crime.

An FBI official told the newszine that it was “conducting court-authorized law-enforcement activity,” but cannot comment further “due to an ongoing investigation.” The neighbors said they never saw Meek, so it is uncertain if he was even arrested.

“Independent observers believe the raid is among the first – and quite possibly, the first – to be carried out on a journalist by the Biden administration,” Rolling Stone’s Tatiana Siegel wrote in the piece published earlier this week.

An ABC representative told the news outlet that Meek “resigned very abruptly and hasn’t worked for us for months.” One co-worker said Meek just “fell off the face of the Earth.” Another person who worked with Meek on a documentary said the situation was unnerving.

A day before his disappearance, Meek tweeted about legislation calling on Congress to “honor its promise” to get all Afghans who assisted U.S. forces out of the Taliban-run country. His very last tweet was quite cryptic, simply stating “Facts” with a retweet about the U.S. spying on Russia’s military since 2014 (which is like the scene in Casablanca wherein gambling is “discovered” occurring in a casino).

Shortly before he vanished, Meek was working on a book as a co-author entitled, Operation Pineapple Express: The Incredible Story of a Group of Americans Who Undertook One Last Mission and Honored a Promise in Afghanistan. The book was about how a group of Afghan vets helped rescue 500 people from Kabul in the three days before the IS-K suicide bombing.

However, the book, a bestseller, was published in August with only Lt. Col. Scott Mann, a retired Green Beret, listed as the author, which is quite surprising given Meek’s apparent excitement about the project.

“Meek even featured a picture of the soon-to-publish book in his bio on social media and frequently tweeted about his involvement. But post-April 27, the book-jacket photo disappeared from his bio, and Simon & Schuster has scrubbed his name from all press materials,” the report said.

The rescue mission all started when an Afghan named Nezam, a member of the Afghan National Army’s first group of American-trained commandos, reached out for help. The book is critical of senior leaders, including military chief Mark Milley, for not being prepared. In a recent interview about the book, Mann slammed the way US Special Operations Command handled the entire situation. For example, Mann said it was “egregious” that the U.S. had not a single Special Forces team on the ground in the several months leading up to the exit.

“That’s not on the teams; that’s on senior leadership. It was wholesale abandonment of our Afghan partners,” Mann told the Christian Science Monitor in an article published on October 12.

But, as far as this author knows, Mann has yet to be disappeared.

What is strange about the rollout of the book is that an early version had Meek playing a key role in the adventure. According to the report, the first sentence of the jacket before he went missing said: “In April, ABC News correspondent James Gordon Meek got an urgent call from a Special Forces operator serving overseas.” Now, the first sentence says: “In April, an urgent call was placed from a Special Forces operator serving overseas.”

As far as his former co-author, Mann told The Rolling Stone he was not sure what happened to Meek.

“He contacted me in the spring, and was really distraught, and told me that he had some serious personal issues going on and that he needed to withdraw from the project,” Mann said. “As a guy who’s a combat veteran who has seen that kind of strain – I don’t know what it was – I honored it. And he went on his way, and I continued on the project.”

However, the report also said Meek’s background was often “shrouded in mystery” with some peers speculating he was in the military at some point, especially given his “vast knowledge” on national security issues.

It is impossible to say how, when or if more light will be shed on Meek’s enigmatic real-life thriller, given documents pertaining to the case remain sealed, according to the report.

“Now, Meek appears to be on the wrong side of the national-security apparatus. And no one can say for certain if law-enforcement officers actually removed him from the building,” wrote Siegel. “And thus, a riddle was born.”