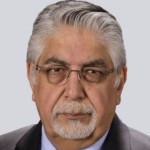 Akbar Ayazi, the director of VOA’s South and Central Asia Division, passed away Sunday after a prolonged battle with lung cancer, complicated by pneumonia. He was 65.

Friends and colleagues expressed a deep sense of loss at the death of Ayazi, who since 2015 was responsible for the operations of VOA language services broadcasting to a wide region stretching from Turkey to his native Afghanistan.

Afghan President Ashraf Ghani described Ayazi as “one of the pioneers of journalism in Afghanistan” in a condolence message, adding that the veteran journalist had “worked with the necessary knowledge and ability on important media positions.” Ghani said Ayazi played an important role in enlightening Afghan society through social media.

VOA Director Amanda Bennett described Ayazi’s death as “a dreadful loss, not only for his family but also for his VOA family. Akbar embodied all the best of VOA — his creativity, his commitment, his passion for the mission. We will all miss him very much.”

Division Deputy Director Eric Phillips, who visited with Ayazi at the hospital on Saturday along with VOA Program Director Kelu Chao, said, “We will always remember Akbar not just as a leader, but as our dear friend…This is a tremendous loss for the South and Central Asia Division and for the agency.”

Ayazi first acquired his love of broadcasting as a student at Kabul University and brought that passion with him when he emigrated to the United States after the Soviet invasion of his homeland in 1980. He joined VOA two years later and quickly rose through its ranks to become chief of the agency’s Pashto language service, a post he held until 2005.

That year, Ayazi moved to Prague to become Afghan service director for Radio Free Europe/Radio Liberty. He was promoted in 2010 to become RFE’s regional director overseeing broadcasts to Afghanistan, Pakistan, Iran and Iraq.

Returning to VOA in 2015 as director for South and Central Asia, Ayazi declared that one of his goals was to make sure that “the news and information we provide has impact and makes a difference in the lives of our listeners. We should not only provide news to audiences in our part of the world, but educate them about the values of freedom and democracy.”

Among his innovations at VOA was the establishment of an “Extremism Watch Desk” with a staff of 10 writers and editors dedicated to monitoring and reporting on all forms of violent political extremism around the world.

Numerous expressions of sorrow and admiration have been posted on Twitter, especially from Afghanistan, where Ayazi was a well-known personality, in part for having moderated a historic Afghan presidential debate in 2009 pitting then-President Hamid Karzai against two challengers, current President Ashraf Ghani and current Chief Executive Abdullah Abdullah.

“Saddened by the news of Akbar Ayazi’s passing. He dedicated his life to journalism and free press. My condolences,” said a tweet from Lotfullah Najafizada, head of Afghanistan’s TOLOnews.

In another tweet, Sharif Hassanyar, head of Afghanistan’s Ariana News, wrote, “Sad to hear the demise of a prominent journalist Akbar Ayazi  His achievements for media and freedom of speech was remarkable.”

Ayazi is survived by his wife, one son and three daughters. Funeral arrangements have not yet been announced.