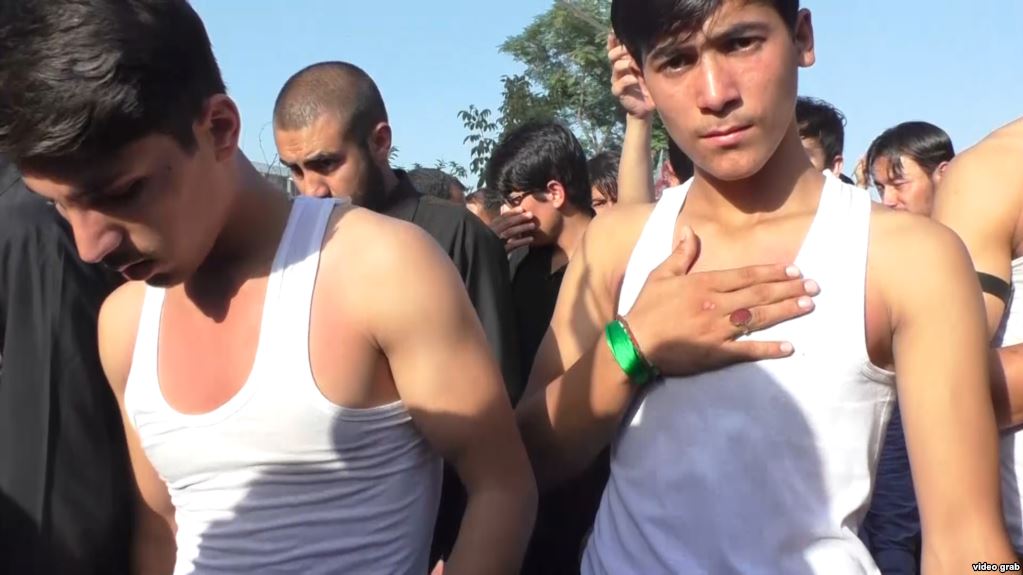 The Ashura day of mourning is marked with public rituals that involve men and women dressed in black parading through the streets slapping their chests and chanting. (file photo)

Members of the Shi’ite minorities in Afghanistan and Pakistan have commemorated Ashura, the holiest celebration in their religious calendar, amid heightened security measures against possible sectarian attacks.

The festival making the seventh-century killing of Imam Hussein, a grandson of the Prophet Muhammad, this year fell on September 20.

In the Shi’ite neighborhoods of the Afghan capital, Kabul, armed volunteer groups stood guard at mosques and major intersections.

Large vehicles were also banned from streets where places of worship are located to prevent car-bomb attacks, according to Basir Mujahid, a spokesman for Kabul’s police chief.

A series of deadly attacks on Afghanistan’s mainly ethnic Hazara Shi’ite minority in recent weeks had fueled fears of more violence during Ashura.

The Sunni extremist group Islamic State (IS), which considers Shi’a “apostates” who deserve death, claimed responsibility for those attacks.

In neighboring Pakistan, which has been hit by frequent sectarian violence, paramilitary troops and police officers fanned out to protect processions by Shi’ite mourners.

The Ashura day of mourning is marked with public rituals that involve men and women dressed in black parading through the streets slapping their chests and chanting.

Some Shi’ite men seek to emulate Hussein’s martyrdom at Karbala, in today’s Iraq, by flagellating themselves with chains or cutting their foreheads.

With reporting by Reuters, AP, and the BBC