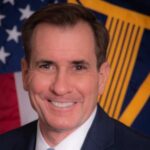 No U.S. military personnel will be held accountable for a Kabul drone strike that killed 10 Afghan civilians, including seven children, in August, the Pentagon has said.

An investigation by the U.S. Air Force inspector-general last month called the August 29 strike, which took place during the U.S.-led evacuation of tens of thousands of people after the Taliban seized control of the country, “a tragic mistake.”

But the investigation said the strike did not violate any laws and was caused by execution errors, communication breakdowns, and “confirmation bias” — a tendency to make decisions on what one expects to see.

Pentagon spokesman John Kirby told reporters that senior commanders had made a number of recommendations to Defense Secretary Lloyd Austin about the incident, none of which included any accountability measures for specific personnel.

“I do not anticipate there being issues of personal accountability to be had,” he added.

Kirby mentioned the high level of danger facing U.S. forces following a deadly bombing outside the Kabul airport that killed 13 troops as background of the subsequent drone strike.

“In this case, in the context of this particular strike…there was not a strong enough case to be made for personal accountability.”

« US Says Evacuation of Americans, Permanent Residents and Afghan Nationals Continues
Guantanamo Bay prison has outlasted the War in Afghanistan and it’s not going anywhere »