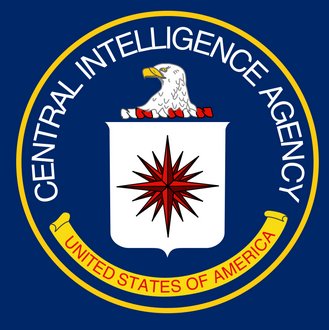 The Central Intelligence Agency took naked photographs of its detainees before sending them to be tortured by its partners in other countries, a report says.

The report, published on Monday by the Guardian, said the CIA took such photos to distance itself or remain insulated from the legal or political ramifications resulting from the brutal treatment of detainees in the hands of partner intelligence agencies.

The agency regarded it as necessary to strip the captives of clothing in order to document their physical condition in its custody so that it can distinguish them at that point from what they would subsequently experience in another agency’s custody.

The photos appear to be “very gruesome” as described by a former US official who had seen some of them.

Also, a medical and human rights expert called the practice “sexual humiliation,” while some other human rights campaigners regard it as a potential war crime.

In some photos, the detainees can be seen blindfolded and bound with visible bruises, and in some others CIA officials or contractors appear to be standing alongside the naked captives.

“Is the naked photography a form of sexual assault? Yes. It’s a form of sexual humiliation,” said Dr. Vincent Iacopino, the medical director of Physicians for Human Rights. “It’s cruel, inhumane and degrading treatment at a minimum and may constitute torture.”
According to international human rights law, including the Geneva conventions, photographing prisoners in a way that might compromise their dignity is forbidden, unless in extremely limited circumstances pertaining to their detention.

“Photographing or videotaping detainees in US custody unrelated to the processing of prisoners or the management of detention facilities can constitute a violation of the laws of war, including the Geneva conventions, in some cases,” said Nathaniel Raymond, a researcher at the Harvard Humanitarian Initiative and an expert on detainee abuse.

“Any evidence that the CIA or any other US government agency intentionally photographed naked detainees should be investigated by law enforcement as a potential violation of domestic and international law.”

According to the 318th footnote of a 500-page portion of the Senate’s landmark investigation into George W Bush-era CIA torture, the secret agency did take photos of the people it captured before sending them to other countries, even though it did not acknowledge that the detainees were naked.

These torture techniques migrated from the CIA’s undocumented prisons, known as black sites, to US military prisons at Guantánamo Bay, Bagram Airfield in Afghanistan, and Abu Ghraib in Iraq.

The CIA reportedly paid $81 million to the psychologists to act as contractors to help run the torture program.

The Guardian: CIA photographed detainees naked before sending them to be tortured