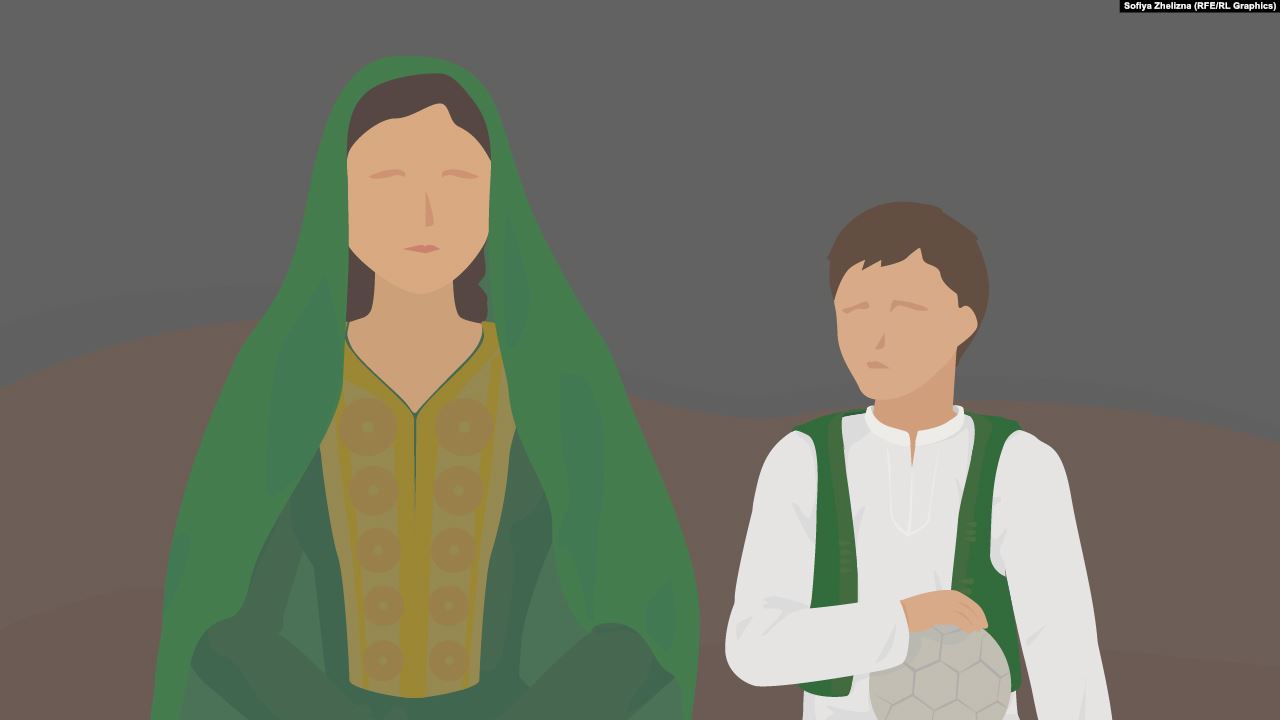 KABUL — Mohammad Wali was just 12 years old when his widowed mother began arranging his marriage to a 24-year-old woman from their village in Ghazni Province.

“I don’t want to be married,” the young Afghan boy is said to have pleaded with his mother. “I just want to play soccer and cricket. I want to go to school.”

But his mother insisted on the marriage to ensure that she and Mohammad Wali’s two teenage sisters would not become street beggars — a possibility she feared because of local inheritance customs for widows who don’t have any male heir.

“Your father is dead and you are my only son,” she explained to him. “If you are killed or something happens to you, all of our property will be divided up by your uncles. Your sisters will get nothing.”

“You must get married,” she is said to have begged her son. “You must marry soon and you must have a son of your own or we could become destitute, without any property, and your sisters will have no say about anything that happens to them.”

Reluctantly, after his mother also promised he could marry a second wife of his own choosing when he was older, young Mohammad agreed to the wedding — consent required from him for the marriage to be valid under Islamic law.

The impoverished family scrimped and saved to gather the double dowry the bride’s father demanded to marry off his daughter to a boy who was too young to support his own family.

Mohammad Wali was married on December 8, 2017, at the age of 13. Within a year, the couple’s first child was born — but to the disappointment of Wali’s mother, it was a baby girl.

Now, shortly after turning 15 and finishing his 10th-grade exams, Wali is expecting his 27-year-old wife to give birth to their first son in October.

His mother is ecstatic.

What About The Boys?

Farzan Hussaini, UNICEF’s child-protection chief for western Afghanistan, says there is no accurate data on how many boys across the country marry before they reach 18. He says that’s because research and public debate about underage marriage in Afghanistan has focused almost exclusively on the plight of child brides.

“It is a fact that it is underreported,” Hussaini says about Afghan boys with brides. “The research that has been conducted does not highlight the situation for boys. This is now a point for us that we definitely will consider as we design future studies on child marriage.”

It’s a situation that undermines girls’ participation in decision making, their educational opportunities, and their employment prospects — leaving them vulnerable to health risks and the threat of domestic violence.

Hussaini says there is no doubt that underage Afghan brides are more common than child grooms. But in a country where 42 percent of surveyed households have at least one family member who was married before the age of 18, he says the plight of Afghan child grooms remains a painful and largely untold story.

Afghan boys in rural areas are often impelled to marry because of long-held local or tribal traditions — customs on the inheritance rights of widows, the settlement of blood feuds, or prearranged agreements between families to exchange their children for marriage.

Poverty and the displacement of families in war-ravaged regions contribute to the dilemma, Hussaini says.

UNICEF’s latest research on the issue, a 2018 study funded by the UN child-protection agency, found that many Afghans have a “deeply economic and transactional view of marriage.” It says this attitude “provides ongoing impetus to use child marriage as a coping mechanism” for poverty and the devastation of war.

“We know that Afghan boys are also being married below the age of 18,” Hussaini tells RFE/RL. “Unfortunately, people do not talk about it in Afghanistan. This is the reality.”

He says he has seen indications in drought-stricken western Afghanistan that many underaged boys are obliged by their families to agree to arranged marriages.

Hussaini says UNICEF has recently been registering about 200 Afghan boys each month, aged 11 to 17, as they return to Herat Province from Iran where they’ve being working to help support their families.

Nearly half say they’ve already been engaged for an arranged marriage and have been working in Iran to earn the dowry their family must pay to their bride’s father.

Meanwhile, out of 188 child marriages recently documented by UNICEF among displaced families in western Afghanistan, Hussaini says 82 involved boys under the age of 18.

UNICEF’s 2018 study on child marriage in Afghanistan recognizes that its negative impacts “do not stop with young girls, but extend to child grooms and to the families and communities who perpetuate and participate in the practice.”

“Young men and their families are compelled to meet the demands of high bride prices,” it concludes. “Husbands who marry young are often ill-equipped to provide for their new family or understand their wife’s needs.”

One well-known Afghan who has spoken out publicly about early marriage in the country is Rahmatullah Nabil, the former head of the National Directorate of Security who is now running for president in Afghanistan’s September 28 election. “Particularly in rural areas, it is very common and it should be changed,” he tells RFE/RL.

Born in a rural district of Wardak Province in 1968, Nabil says his own widowed mother married at the age of 15 and compelled him to marry at a “very young age” after the Soviet-Afghan war began.

“When my father passed away, I was the only remaining son of my mom,” explains Nabil, who was 11 years old in 1979 when Soviet forces invaded the country. “After the Russian invasion in Afghanistan and there was fighting everywhere — particularly in rural areas — my mom said: ‘OK, since the situation is bad, I do not want [it]…to be the end of the family. It means, if something happens to you then nobody will remain.’

“The situation was very tense. A lot of people were killed,” Nabil says. “That was the only worry of my mom, that I should get married earlier and that I should have some kids [so that] if something happened to me, there would be a continuation of the family.”

Afghanistan’s Civil Code sets the marriage age at 18 for males and 16 for girls. It says a father can agree to allow his daughter to marry at 15. There are no circumstances under Afghanistan’s national laws in which a child under 15 can be legally married.

But the Afghan Civil Code is not the only source of law regarding child marriage in Afghanistan. Islamic law and customary rules or local tribal traditions also govern child marriage and sometimes contradict the national laws.

Hussaini notes that the Shari’a and customary laws hold sway across rural Afghanistan, where the majority of Afghans live.

According to Islamic law, a marriage is not valid if the individuals are either unwilling or too young to understand the implications that marriage entails. But Islamic law is vague about a specific age that is considered old enough for “understanding,” leaving the question up to different interpretations by local religious leaders.

Hussaini says pronouncements by various local mullahs across Afghanistan, particularly in rural areas with high illiteracy rates, have been used to justify the marriage of children as young as nine.

Customary laws and local tribal traditions also allow marriage at ages younger than the Afghan Civil Code. Such rules are not officially recognized by the Afghan government in Kabul. But out of political necessity, Afghan government officials often speak in general terms about the need to preserve tribal customs and traditional “Afghan values.”

According to UNICEF, research shows that the judicial system in rural areas of Afghanistan tends to emphasize the “preservation of social order” under customary laws rather than the protection of individual rights under the Civil Code — including child-protection laws.

UNICEF concludes that these shortcomings to the implementation and enforcement of the country’s Civil Code mean the practice of child marriage continues to be prevalent across the country — including the practice of arranged marriages for boys who are younger than 18.

UNICEF’s latest research on Afghan attitudes about child marriage also challenges narratives that suggest decision making about the practice is dominated by Afghan elders. It says decisions are “firmly centered within the family unit” and that male household members are “likely to have greater or final say.” But it finds that women and other family members are also involved in the process.

“It was common to report that children ought to have a say in their marriage, even if they were not allowed to make the final decision, representing a more collective decision-making process,” the 2018 UNICEF study says.

“As such, solutions cannot be simply girl-focused, but must also consider households, communities, and the role of government in providing the necessary structures to support change,” it concludes.