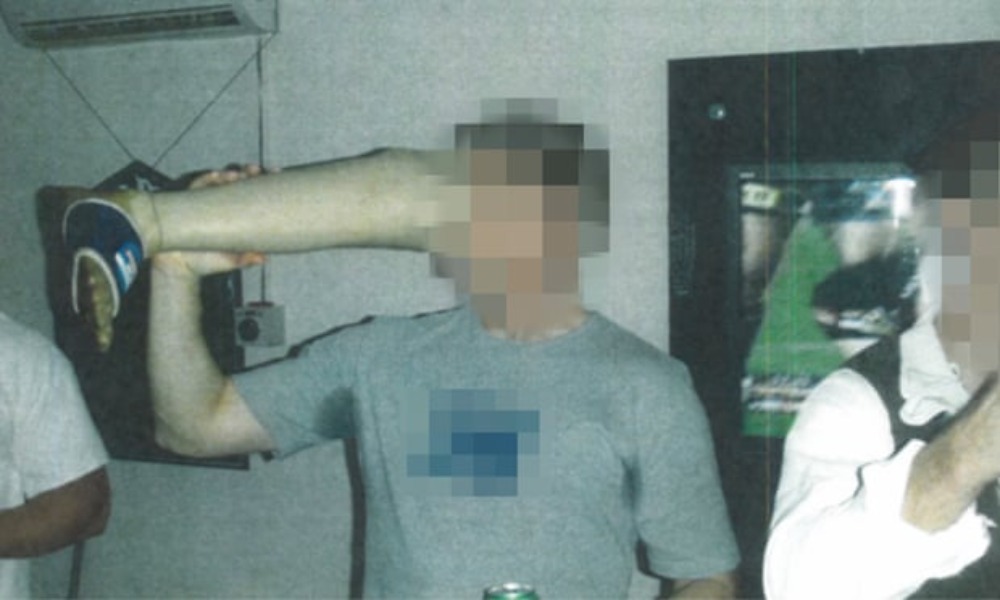 Ariana: A photograph obtained by The Guardian shows a senior Australian special forces soldier drinking beer out of the prosthetic leg of a dead Taliban fighter at an unauthorised bar on a base in Uruzgan province, in Afghanistan, in 2009. The picture of the beer swilling soldier comes amid a growing scandal following the release of a report recently that Australia’s special forces were allegedly responsible for the unlawful death of 39 Afghans. Click here to read more (external link).