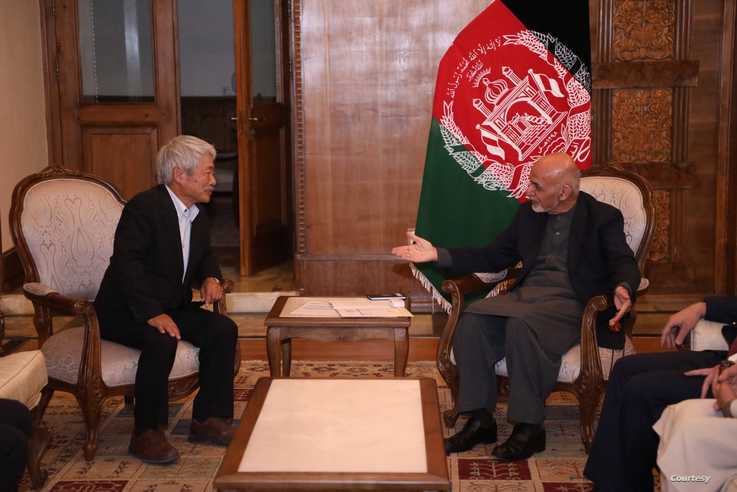 A provincial government spokesman told VOA that slain Dr. Tetus Nakamura and members of the Japan Medical Services (JMS) non-governmental organization were traveling to a project site when they came under attack.

Attaullah Khogyani said that Nakamura, the head of the non-governmental organization, was “seriously” wounded and taken to a city hospital where he succumbed to his injuries. His Afghan driver and several security guards were among those killed, he added.

Japanese Prime Minister Shinzo Abe paid tribute to Nakamura’s long career in Afghanistan, telling reporters in Tokyo it was “very shocking” to learn of his death.

The U.N mission in Afghanistan condemned and expressed its “revulsion” at the killing of Dr. Nakamura. “A senseless act of violence against a man who dedicated much of his life to helping most vulnerable Afghans,” it said.

The Taliban in a brief statement denied involvement in the attack that killed the 73-year-old Japanese medical doctor and his colleagues.  Both Taliban insurgents and militants linked to the Afghan branch of Islamic State terrorist group operate in Nangarhar.

Eyewitnesses told VOA at least three assailants took part in the attack and managed to flee.

Afghan President Ashraf Ghani recently awarded Dr. Nakamura honorary citizenship of Afghanistan for a decade long service as the head of the Japanese charity in Nangarhar. He had arrived in the country after his Japanese predecessor was abducted and killed.

Wednesday’s attack comes more than a week after a U.S. national working for the United Nations was killed in the Afghan capital of Kabul.

No one claimed responsibility for the November 24 attack.

Local and International aid groups are playing a central role in providing urgent assistance to millions of Afghans in the war-shattered country, which also has regularly experienced droughts and devastating floods.

U.N. and partner agencies in the outgoing year are said to have been able to reach almost four million women, children and men of the estimated 6.3 million people in need of humanitarian assistance across Afghanistan.

Speaking to reporters in Kabul Wednesday, U.N. resident and humanitarian coordinator Toby Lanzer said relief needs will be higher in 2020 because of the continued conflict and growing poverty. He urged for more international financial assistance to deal with the crisis.

« Nadim plans return to Afghanistan to inspire girls in soccer
IEC’s recount and audit must come to an end quite soon: NATO »