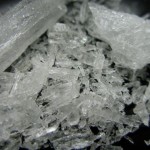 BBC News: Heroin has long been a problem in Kabul but now many are turning to meth, a cheaper but equally dangerous drug. A new report released on Tuesday warns that Afghanistan is becoming a significant global producer of methamphetamine. The country’s opium poppy fields are already the source of the majority of the world’s heroin, and now this report, by the European Monitoring Centre for Drugs and Drug Addiction (EMCDDA), warns that crystal meth could eventually become just as big an industry. The boom is the result of a discovery by drug traffickers that a plant commonly found growing wild in parts of Afghanistan, ephedra, can be used to create the key component of meth: ephedrine. Click here to read more (external link).

15 thoughts on “Afghanistan, home to the heroin trade, moves into meth”