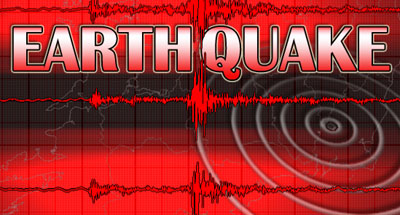 The death toll resulting from the June 22 earthquake rose to about 1,150 on June 24, according to Abdul Wahid Rayan, the Taliban director of the state-run Bakhtar News Agency.

Rayan said at least 1,600 people were injured when the earthquake hit three mountainous regions near the Pakistani border.

An aftershock on June 24 killed five more people shortly after the Taliban authorities announced that search-and-rescue operations had ended.

The death toll makes the earthquake, which was measured at a magnitude of 6.1, Afghanistan’s worst natural disaster in two decades.

A Pakistani military cargo plane carrying relief supplies landed early on June 25 in Khost Province, one of the three eastern regions along with Paktika and Nangarhar that were most affected by the earthquake.

The disaster has posed a challenge for the Taliban-led government, which is not recognized by any country and is already battling a severe humanitarian disaster.

On June 24, Mohammad Nassim Haqqani, a spokesman for the Taliban’s Ministry for Disaster Management, told the media that 10,000 houses were partially or completely destroyed in the earthquake.

On June 23, Haqqani told RFE/RL that it was difficult to get accurate information about the damage because of the poor condition of the telephone network in some areas.

He said supplies of medicine and other critical aid were inadequate.

Aid organizations such as the local Red Crescent and World Food Program have stepped in to assist the most vulnerable families with food and other emergency needs like tents and sleeping mats in Paktika and Khost provinces.

Wahidullah Amani, a spokesman for the World Food Program (WFP) for Afghanistan, told RFE/RL that the WFP and other partners were on their way to the affected areas.

Taliban rulers on June 25 pledged that they would not interfere with international efforts to distribute aid to those affected by the earthquake.

Aid organizations in the past have complained that Taliban authorities have tried to divert aid to people who supported their insurgency. No country has as of yet officially recognized the Taliban government following its takeover of the country last year.

But Khan Mohammad Ahmad, a top official in Paktika Province, said international groups aiding in relief efforts would be left free to conduct their work.

“Whether it is WFP, UNICEF, or any other organizations…the international community or the United Nations…they will do the distribution by themselves,” he said.

Rescuers struggled earlier to reach remote areas as efforts were hampered by bad roads and heavy rain and as the country’s Taliban rulers called on the international community to make donations to help with relief efforts.

Taliban spokesman Zabihullah Mujahid said on Twitter that eight trucks carrying food and other supplies had arrived from Pakistan. Aid also arrived by air from Iran and Qatar, he said.

The United Nations said it was deploying health teams and providing medical supplies, but it said it does not have search-and-rescue capabilities in Afghanistan.

The World Health Organization has also warned that the crisis could add to the risk of cholera developing across the country.