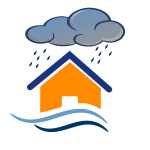 The UN Office for the Coordination of Humanitarian Affairs (OCHA) said on March 2 that floods washed away homes and vehicles after heavy rains hit Kandahar city and surrounding districts.

“At least 10 people, including children, are still missing,” the UN agency said. “It is anticipated that up to 2,000 homes may have been damaged.”

It added that severe damage to regional infrastructure was reported.

Families hit by the flooding have been evacuated in the region as crews also battle to secure schools, mosques, and government buildings.

Abdul Hanan Moneeb, Kandahar’s deputy governor, said the flooding was the worst in at least seven years. He said many nomadic herders in the area had their camps and livestock washed away by the floodwaters.

The OCHA statement said some 500 Kochi nomadic people were stranded on a riverbank and in urgent need of rescue.

The mountainous region featuring large river valleys is often hit by flash floods as snow melts in the spring and summer.

The UN said that about 50 people have been killed so far this year as of February 12 in Afghanistan because of flooding.

Based on reporting by AFP and Reuters