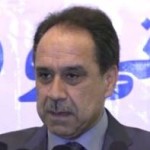 Tolo News: Presidential candidate Ahmad Wali Massoud held his first campaign rally in Kabul on Friday where he slammed the government leaders for “failing” to improve the country’s situation in the last five years.  Mr. Massoud, who heads the Massoud Foundation and who has served as Afghanistan’s diplomat, said that the “inefficiency” of government leaders – President Ashraf Ghani and Chief Executive Abdullah Abdullah – in the last five years has moved the country towards crisis. Click here to read more (external link).