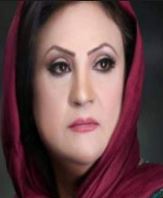 KABUL — Afghanistan’s election authorities say they have postponed two local elections that were scheduled to be held in September.

The September presidential election was due to be held simultaneously with provincial and district council elections, as well as a previously postponed parliamentary vote in Ghazni Province.

But the head of the Afghanistan Independent Election Commission (IEC), Hawa Alam Nuristani, said on May 29 that time and budget constraints and security issues were among the reasons for the decision to delay the provincial, district, and Ghazni elections.

However, the presidential election remains scheduled for September 28.

“Holding three elections together was very difficult for us,” Nuristani told reporters in Kabul.

Nursitani did not announce a new date for the postponed polls.

Meanwhile, the Election Support Group of Ambassadors, which is comprised of the United Nations Assistance Mission in Afghanistan (UNAMA), NATO, and key donor countries, said in a statement that the IEC’s decision to prioritize the holding of the presidential election “is essential given the very tight timeline and the practical challenges.”

The presidential election has been delayed twice due to delays in registration and technical issues.

The IEC is trying to avoid a repeat of the widespread technical and logistical problems during the October parliamentary vote.

The 2014 presidential election was marred by allegations of widespread fraud.

With reporting by dpa