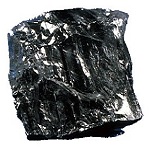 1TV: Death toll has risen to 16 following Tuesday’s explosion at a coal mine in Afghanistan’s northern Samangan province, local officials said. Six others have been wounded in the explosion which happened in Dara-i-Suf Bala district. Dead bodies of eight miners were recovered from the blast site, but eight others were still trapped. Click here to read more (external link).