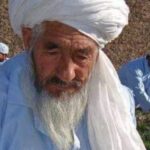 Mohammad Akbar, known as Afghanistan’s “saffron father,” died on September 14 at the age of 83 in his home province of Herat in the country’s west.

Akbar was one of the first Afghan farmers to pioneer the cultivation of saffron in the country and was later dubbed the “saffron father” by former Afghan President Hamid Karzai for his lifelong efforts in growing and promoting the aromatic spice extracted from flowers.

In March 2009, he received the medal of Wazir Mohammad Akbar Khan, Afghanistan’s highest governmental award, for his service and contribution to agriculture.

Akbar spent his life in Herat’s central Pashtun Zarghun district. He began cultivating saffron in 1993 in the Golmir area, where fertile soil, mild winters, and dry summers favored the crop.

His eldest son, Jalil Ahmad, says his father dedicated his entire life to farming. Ahmad tells Radio Free Afghanistan, “My father spent nearly two decades in the cultivation and production of saffron. Sadly, he died of a stroke last night.”

Akbar was known for encouraging farmers to plant saffron, a lucrative crop, as he anticipated its major role on the global market years later.

Saffron is the world’s most expensive spice, sometimes called “red gold” for its high value. On Western markets, it has the potential to sell up to $1,500 a kilogram. The spice is used in many ways including traditional medicines, food, tea, and infused in perfumes and toiletries.

Many farmers and business owners in Afghanistan see the benefits of investing in the versatile crop, an alternative to producing opium poppy, which is used to produce much of the world’s heroin.

The Kabul government and international aid organizations are supporting saffron production through financial assistance programs, and its production has been beneficial for Afghan women, who are the main harvesters of the flower.

The labor-intensive process of harvesting saffron begins in October and early November in Afghanistan. The provinces of Herat, Kandahar, Sar-e-Pol, and Balkh are home to some of the most saffron farmlands in the country.

Nilly Kohzad wrote this story based on Shapoor Saber’s reporting from Herat, Afghanistan.