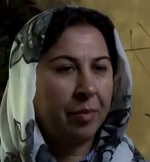 Macleans: Amidst claims of a ‘fake’ dispatch to Kabul, a ‘conspiracy’ against her and a staff revolt, the ambassador was recalled and may not return to Ottawa.  In recent months, Ghani’s government has been subjected to withering criticism over what his critics have called the “Pashtunization” of his administration, and the political leaders of the country’s ethnic Tajiks, Hazaras and Uzbeks, only rarely within reach of power in Kabul, have been re-organizing themselves increasingly along ethnic lines, fed up with what they see as Pashtun bullying. At the embassy in Ottawa, staff noticed that Karokhail seemed to hire only Pashtuns, and her lobbying efforts were largely focused on aid projects in Afghanistan’s Pashtun areas.  Click here to read more (external link).