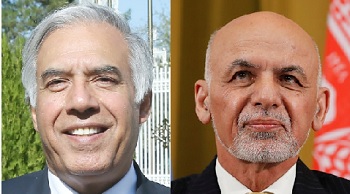 Tolo News: Newly-available documents seen by TOLOnews indicate that the acting minister of finance–and top adviser to Afghan President Ashraf Ghani– Mohammad Humayon Qayoumi, received a $450,000 salary from California State University in 2015, where he had served as president between 2011 and 2014.  These documents—along with others shown to Tolonews earlier in the month—reveal a number of different sources of income for Qayoumi. In fact, in 2016 he apparently held several positions simultaneously… Previously, Qayoumi has faced severe criticism for his failure to attend meetings of the Council of Ministers, as well as for his trips abroad, and for his absence from the ministry. Click here to read more (external link).

« Idrees Zaman Appointed As Acting Foreign Minister
Afghanistan’s Oprah: Mozhdah on fame, threats and why she won’t live her life in fear »