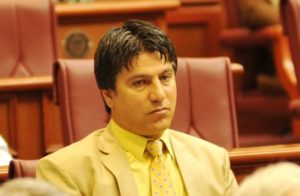 Tolo News: The appointment of Abdul Qadir Zazai Watandost, a former MP and a parliamentary candidate from Kabul, as head of the secretariat of the Wolesi Jirga, the Lower House of Parliament, by President Ashraf Ghani has been criticized by a number of lawyers as they said it is in contravention of the country’s Constitution.  Watandost’s appointment was announced in a decree by President Ghani’s office on Monday. Ghani’s move was criticized as the final results of parliamentary elections for Kabul have not been announced but Watandost has been appointed to a key post in the Afghan parliament. Click here to read more (external link).