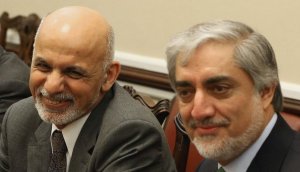 Abdullah made the comment during a gathering in the capital Kabul on Thursday. The president had agreed to give Abdullah the position of prime minister following the controversial elections of 2014. Ghani, however, reneged on the promise.

“Mr. President, over a period of three months you do not have time to see your chief executive face-to-face for even an hour or two? What do you spend your time on?” Abdullah asked in a rhetorical question.
“Ministers do not have the chance to speak. [The president] gives a one-hour lecture but he should listen to the ministers for 15 minutes,” the Afghan chief executive stated.

Abdullah claimed that Ghani is out of touch with reality. He described the president as an arrogant person who did not consult him when appointing key government figures.

“There are arguments in every government but if someone does not have patience for discussion, then he is unfit for the presidency.”

The rift between the two figures is no secret in Kabul and Abdullah’s allies are already taking his side.

Ghani’s office has made no comment on Abdullah’s remarks. However, Hamidullah Farooqi, a senior adviser to the president, said Abdullah’s disparaging remarks had left him “very disappointed.”

“There are differences in every administration but lashing out publicly at the president at such a sensitive time will damage the public perception about the government,” Farooqi said.

« You can now go on sightseeing tours of Iraq and Afghanistan — here’s what it will cost you
Taliban Frees Helicopter Passengers, Crew Captured In Afghanistan »