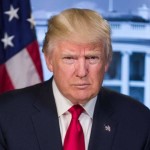 Tolo News: The US President Donald Trump received information earlier this month that China sought to pay non-state actors to attack American forces in Afghanistan, a senior administration official told CNN.  The intelligence, which will be declassified by the Trump administration, was provided to the President in his daily brief on December 17, the official said. NSA Robert O’Brien discussed the information with the President that same day, the official told CNN. Click here to read more (external link).

One thought on “‘China Sought to Pay for Attacks on US’: Reports”