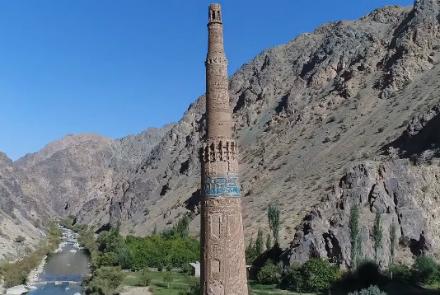 Tolo News: The recent floods have destroyed the protection walls around Minaret of Jam in Ghor province and have faced the endangered monument with the possibility of collapse. The minaret is located in Ghor, around 200 kilometers east of Herat, at the confluence of the Hari Rud and Jam Rud rivers. The Minaret of Jam’s isolated location may have prevented the monument from intentional destruction over nearly 900 years. The minaret is believed to have been built between 1163 and 1203 during the reign of the Ghurid sovereign Ghyias-ud-Din. Click here to read more (external link).