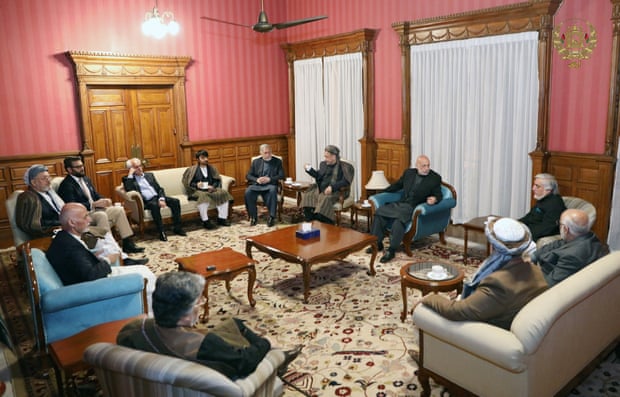 The Guardian (UK): People in Afghanistan protested on social media that no women were present at a high-level government meeting, despite assurances from the president that they would be involved in important decision-making roles. The outcry followed a tweeted photo of a meeting of 12 political leaders at the presidential palace – all of them men. President Ashraf Ghani’s spokesman, Sediq Sediqqi, who posted the image on Thursday, wrote that he thanked the men for their “efforts in the political agreement” they had achieved, calling it an important step towards national unity and political consensus. But both men and women voiced their concerns that none of the country’s many influential women had been present. Click here to read more (external link).

« Pak Continues Effort To Counter Indian Influence In Afghanistan: Pentagon
Eid to fall on Sunday, May 24, 2020 »

6 thoughts on “‘Where are the women?’ Outcry over all-male government meeting in Afghanistan”