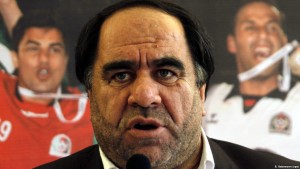 Tolo News: FIFA has banned the former head of soccer in Afghanistan from the sport for life for sexually abusing female players. Keramuddin Karim, who was president of the Afghanistan Football Federation, was also fined 1 million Swiss francs ($1 million). The verdict came on Saturday after a meeting of the adjudicatory chamber of the ethics committee, the Associated Press reported. Click here to read more (external link).