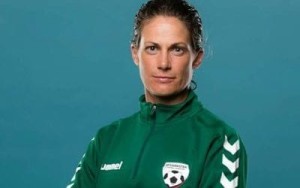 AP: Criticism of FIFA President Gianni Infantino over the handling of sexual abuse investigations was “ill-informed and unjustified,” the governing body said Thursday after the coach of the Afghanistan women’s national team said she was “disgusted” with him. Coach Kelly Lindsey had demanded Infantino’s departure from FIFA for claiming the organization was not being rigorous enough in pursuing officials in the Afghanistan soccer federation. Click here to read more (exernal link).

« Karimi Vows To Transform Afghan Film
In Afghanistan, experts work to restore a trove of Buddha figurines smashed by the Taliban »