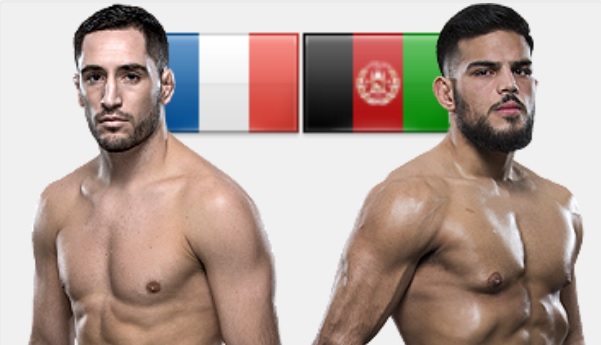 Afghan MMA fighter Nasrat Haqparast picked up his second UFC win tonight by defeating France’s Thibault Gouti via unanimous decision. Haqparast went into the fight as a favorite to win; the Las Vegas odds were -950 for Haqparast and +575 for Gouti.

In round 1, Haqparast’s speed allowed him to get in and out of range without any issues. A big left from Haqparast at 1:45 sent Gouti backwards to the floor, but he was able to immediately crawl back to his feet.  At the end of the round, Gouti was left bleeding and visibly winded.  The round clearly went to Haqparast.

In round 2, Gouti came out strong, trying to put pressure on Haqparast.  However, Haqparast did not give up, and successfully prevented Gouti from controlling the pace. Haqparast landed a nasty kick to the body, stunning Gouti. At the end, this round also went to Haqparast.

Haqparast dominated round 3, sending Gouti to the floor, and then, he unleashed a flurry of heavy punches. Haqparast had total control – grounding and pounding a bleeding Gouti. However, towards the end of the round, Gouti was able to break free. Unfortunately for Gouti, he wasn’t able to do much standing up, and the round ended with Haqparast as the clear winner. 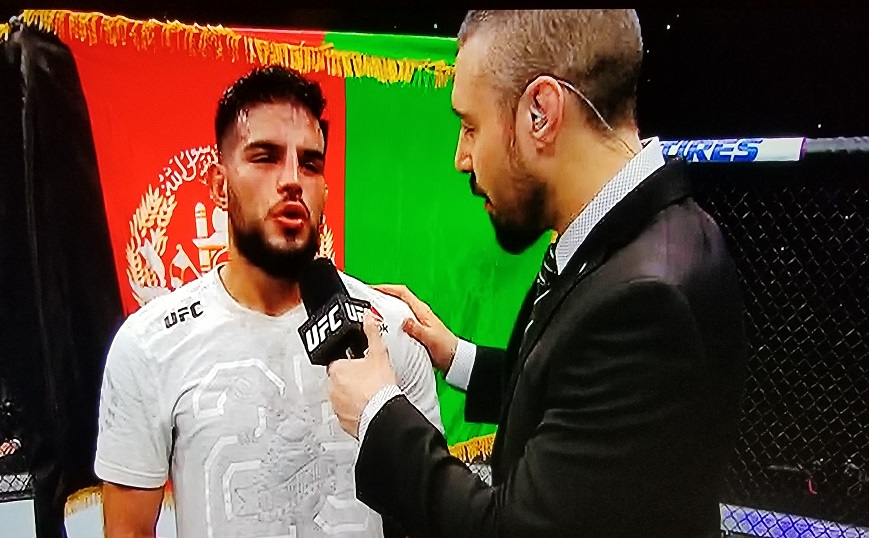 At the end of the fight, Haqparast commented that he thought he might have broken his hand in the first round, but didn’t let it stop him.  Haqparast was gracious, and even commented that Gouti was a “tough guy”, and took shots like a man.  When asked what is next by the commentator, Haqparast said that he did not want to “fly too high”,  but by next year, he wanted a top 15 fighter. 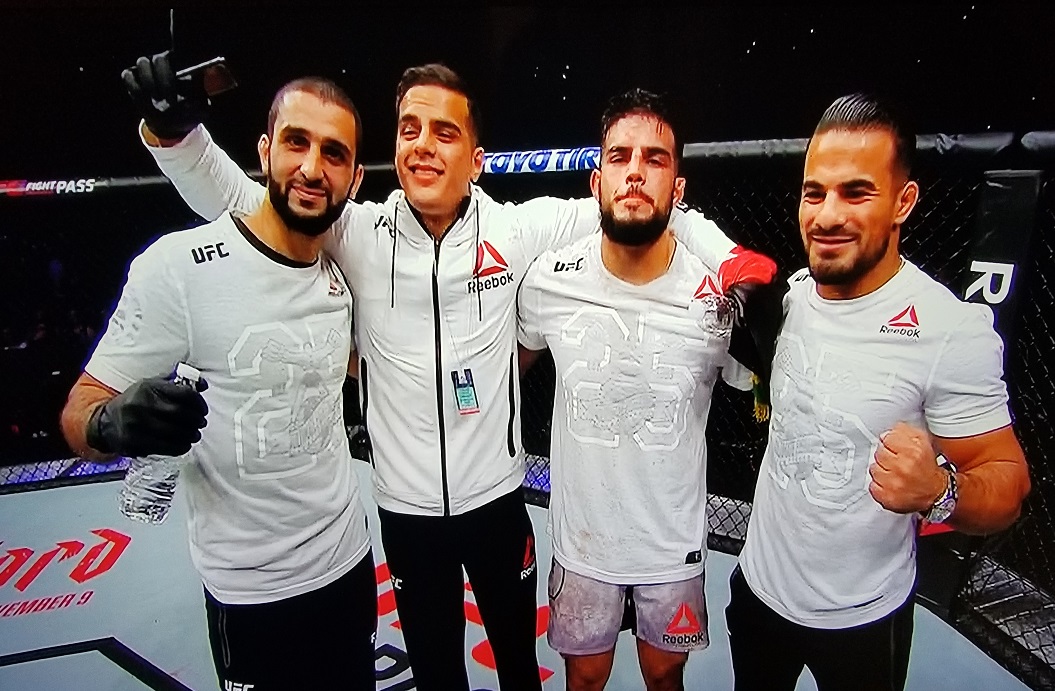 Haqparast posing with his crew at the end of the fight.

The lightweight bout (155 lbs) was one of the preliminary cards of UFC Fight Night 138 (Volkon vs. Smith), held at Avenir Centre in Moncton, Canada. With this win, Haqparast has solidified himself as a legitimate contender in the lightweight division. His record improves to 10 wins, and only 2 losses, and Gouti adds another loss to his record, which is now 12 wins and 5 losses.

Haqparast is one of only two Afghans who are fighting in the UFC, which is the largest MMA promotion in the world, and has the best fighters. The other Afghan UFC fighter who was the first Afghan to be signed by the promotion is welterweight Siyar Bahadurzada.