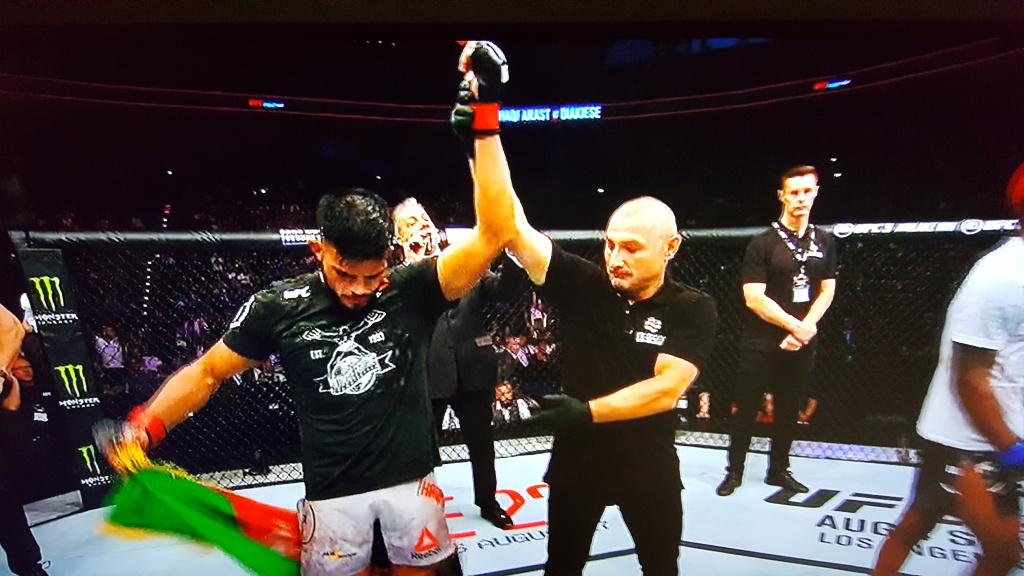 Haqparast getting his hand raised in victory.

In round 1, Haqparast was putting on the pressure early and not giving Diakiese any space to land a solid strike. At the end of the second round, Diakiese fell to the ground, and was getting pummeled by Haqparast, until he was saved by the bell. Diakiese’s right eye was a bloody mess coming into the third round. The third round continued with more domination from Haqparast; he was not really bothered by anything that Diakiese landed.  Haqparast walked away with a unanimous decision, with the judges scoring the fight: 30-27, 30-27, 30-26. In the after fight interview, Haqparast dedicated his win to his mother who had been sick. 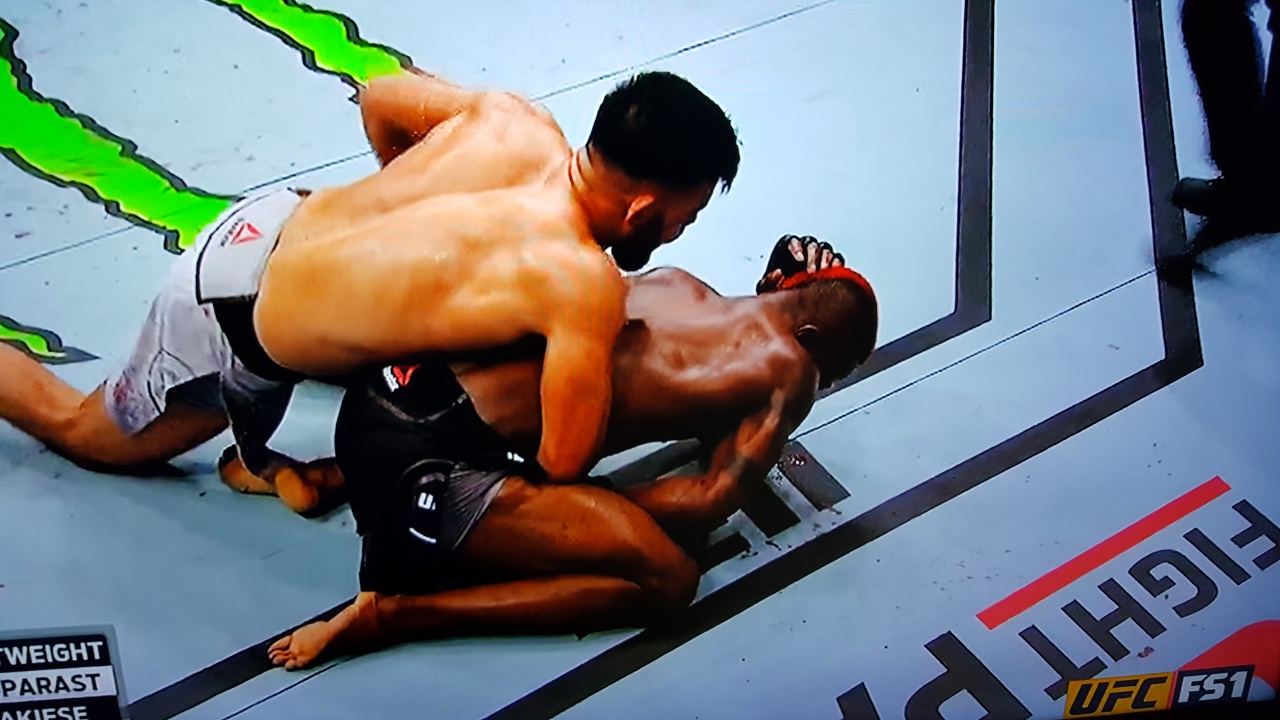 Haqparast pummeling Diakiese in the 2nd round

The lightweight bout was part of the main card of UFC Fight Night 134 (Shogun vs. Smith), held at Barclaycard Arena in Hamburg, Germany. For Haqparast, this was redemption, as he lost his debut fight in the UFC against Poland’s Marcin Held via unanimous decision on October 21, 2017. All three judges scored the fight 30-27, in favor of Held.

With this win, Haqparast’s record improves to 9 wins, and only 2 losses, and Diakiese adds another loss to his record, which is now 12 wins and 3 losses.

Haqparast is one of only two Afghans who are fighting in the UFC, which is the largest MMA promotion in the world, and has the best fighters. The other Afghan UFC fighter who was the first Afghan to be signed by the promotion is welterweight Siyar Bahadurzada.