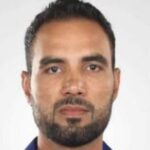 Ariana: Afghanistan Cricket Board (ACB) announced it has renamed the Behsood Cricket Stadium in Nangarhar, which is currently under construction, after the late Najeeb Tarakai who died on Tuesday. Tarakai died on Tuesday from injuries sustained last week after being hit by a car while crossing a road in Nangarhar. Click here to read more (external link).